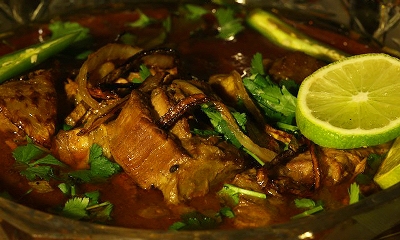 If you are a true Karachiite, you’ll know about a Botal gali. I was a frequent visitor of the street, for as a child I suffered from a nursemaid’s elbow and any tug or play of my arm would result in the dislocation of the radius (elbow joint). Each time I got the rag doll arm Abbo took me to Botal gali to the humble home of the gentle pehlwan (wrestler), a pro at gently nudging my elbow back in position. The pehlwan massaged a red pasty balm onto my arm, wrapped it in big green leaves and further covered it in muslin bandage. It was the 70s; Karachi was laid back and fabulous, the weekends were on Thursdays and there I was at Botal gali, a happy little wounded warrior. Being in the area, Abbo would often head on over afterwards to Sabri Nihari near Aram Bagh. And that is where I was first introduced to the majestic Nihari.

Nihari has a flavourful depth so deliberate that one can almost taste the unhurried and intentional consideration gone into putting the ingredients together. Therefore, the claim that Nihari is a derivation from the study of Hikmat(Eastern herbal medicine) comes as no surprise, not only was its consumption preventive against sinus, the common cold and the onset of fever in the winters of Delhi and Lucknow, it also gained popularity as a food that kept one warm during dropping temperatures.

The extravagant Nihari was initially served as breakfast to the rich Muslim Nawabs of pre-partition India, but the high classes soon realised that this rich thick curry, laden with tender chunks of veal and beef, slow cooked to perfection in the bone stock of shank meat had to be worked off once eaten, and who better to work it off but the labourers who were busy building India; onehaweli, mahal, sadrak and railway station at a time.

The word Nihari comes from the Arabic word Nahar which morning, thus the very name Nihari implies it is to be consumed early in the morning. Nihari is rumoured to have taken birth either in the back alleys of the Jamia Masjid in Delhi, where the Dehliwallas hail from, or as most Lucknawi loyalist believe in the kitchens of the Nawabs of Awadh, in the latter part of the 18th century at the decline of the Mughal Empire.

Legend suggests that the Empire and the ‘powers that be’ realised that this rich slow-cooked beef delicacy was the reason the Nawabs of Lucknow would take an indulgent nap between Fajr (morning) and Zohr (early afternoon) prayers. They ate Nihari for breakfast, especially in the winters and just slept it off. And, since the rich have been known to come up with innovative ways to work the poor, they decided to feed this delicacy to the labour class at construction sites as regular breakfast in lieu of ujrat (earned daily wages), the otherwise precious earnings after a hard days work. The high protein meat allowed for a progressively slow increase in blood sugar and therefore resulted in decreased cravings through the day. This practice continues to date; the labourer still eats Nihari early in the morning to sustain him through the day, and the wealthy for a weekend breakfast or as an indulgent dinner.

Historically, Nihari was cooked through the night for six to eight hours, and was ready to be served at sunrise. It was most delectable when cooked with veal or beef shank, though now mutton and chicken Nihari is popular too. Another variation in Nihari is the extra kick of magaz (brain) and nail (marrow) this is a special edition of Nihari. Real foodies consider it sacrilege to have Nihari sans the spare parts.

The method to cook Nihari has survived and remains somewhat similar to the early days. At the time, the lid of the daigh (large rounded pot) was sealed shut with lai (flour glue) to maintain maximum heat and steam for slow cooking. The meat was braised and then left to simmer in the aromatic and delightfully spicy essence of masalas. Gently, the meat soaked the flavour of the masalas as the masalas infused the heartiness of the meat; it was almost like one seducing the other ... to create magic.

A story that caught my fancy is one that my husband tells frequently. He visited Delhi in the 80s and made a trip to the old city of Delhi behind Jamia Masjid where the Nihariwallas cook, sell and tell Nihari stories with a passion. My husband’s cousin, who hails from Delhi took him to the oldest Nihariwalla in the city, on cue a behra arrived and while serving the Nihari special chatted away, claiming that they were all about to taste history! He explained that it was tradition that every day a small bowl of Nihari was saved to be poured into a fresh daigh of Nihari the next morning. He claimed, as did the head cashier, that the tradition had continued for time immemorial. I do not know the name of the restaurant or the authenticity of the story but to food romantics; the narrative carries tremendous historical splendour.

It was only natural then that I would undertake this herculean challenge. At first, I turned to my momani (maternal aunt) for her Nihari recipe only to discover that what we had been praising was actually prepackaged masala Nihari. The next stop was my lovely neighbourhood friend who makes fabulous homemade Nihari but brews it for two and a half days, that was too time consuming! So the intervention felt pretty divine when I stumbled upon Shazli Aunty’s Nihari recipe in a handwritten recipe book she had presented to me as my wedding present. Here it is, from my kitchen to yours. 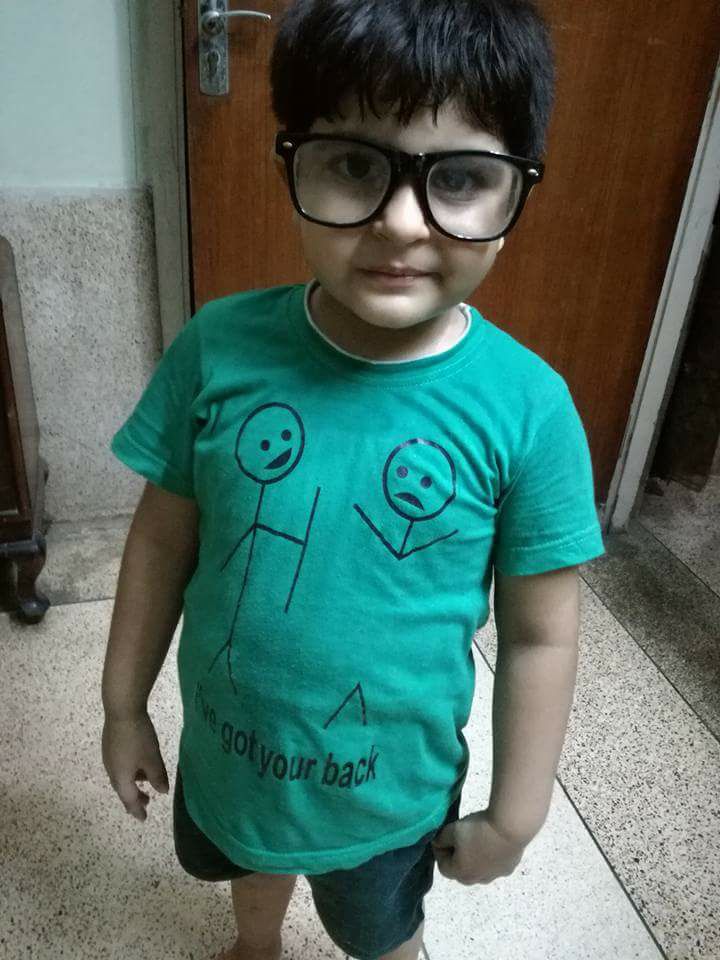