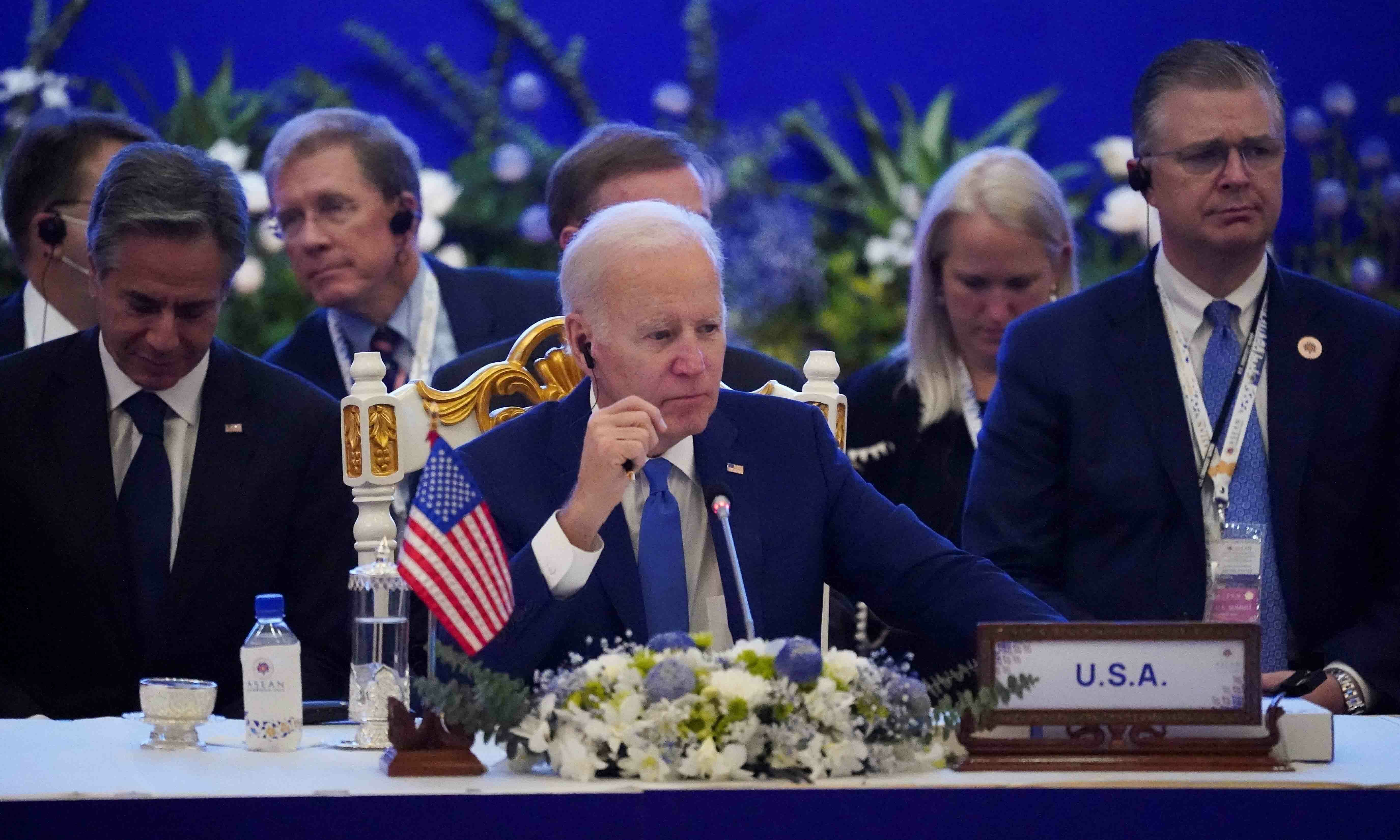 PHNOM PENH: South­east Asian regional bloc Asean gained a surprise new member from the other side of the world Saturday — at least for an instant, courtesy of a verbal slip by US President Joe Biden.
“I want to thank the prime minister for Colom­bia’s leadership as Asean chair,” Biden said as he opened talks with regional leaders in Phnom Penh chaired by Cambodian Prime Minister Hun Sen.
South America’s Colom­bia seems to be on the US president’s mind, because he made the same mistake as he set out from the White House for his long trip to Asia.
He told reporters he was “heading over to Colombia”, before quickly correcting himself to say, “I mean Cambodia”. Biden, who turns 80 this month, has been known as a gaffe machine for much of his storied career in Washington.
His latest glitch, while geo­graphically challenged, was still perhaps less glaring than Vice President Ka­mala Harris’s statement during a September visit to the demilitarised zone separating North and South Korea.
On that occasion Harris said that the US has “an alliance with the Republic of North Korea. And it is an alliance that is strong and enduring”.