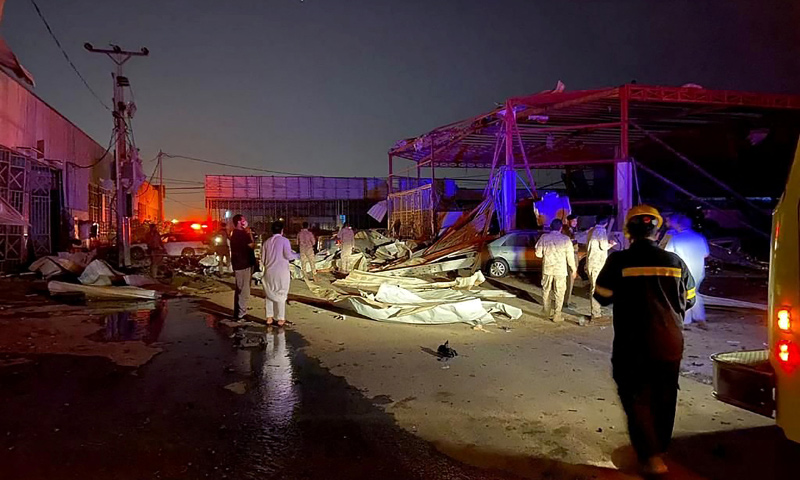 For more than six years, the Houthis have been battling a Saudi-led coalition that includes the UAE, repeatedly carrying out cross-border missile and drone attacks on Saudi Arabia, and launching an unprecedented assault on the UAE on Jan 17.

“The remnants of the intercepted ballistic missiles fell in separate areas around Abu Dhabi,” the ministry said, adding it was taking necessary protective measures against all attacks.

UAE newspaper The National cited residents reporting flashes in the sky over the capital around 4:30am.

Monday's attack was the second on UAE soil since last week's strike that hit a fuel depot in Abu Dhabi, killing three people, and causing a fire near its international airport.

Houthi-run Al Masirah television said the group would announce within hours the details of a “wide military operation” against Saudi Arabia and the UAE.

Meanwhile, Yemen rebels threatened to ramp up their attacks on the UAE after two ballistic missiles were shot down over Abu Dhabi.

The Houthis said they targeted Abu Dhabi's Al Dhafra air base as well as “vital and important” locations in the Dubai area.

“We are ready to expand the operation during the next phase and confront escalation with escalation,” he added.

The Yemen conflict is largely seen as a proxy war between Saudi Arabia and Iran.

The United Nations, which along with the United States has struggled to engineer a ceasefire for Yemen, voiced concern over escalations and called for maximum restraint by both sides.

The Saudi-led coalition has ramped up air strikes on what it describes as Houthi targets in Yemen. At least 60 people were killed in a strike on a temporary detention centre in northern Saada province on Friday, and about 20 were killed in the Houthi-held capital of Sanaa in an operation on Tuesday.

The coalition intervened in Yemen in March 2015 months after the Houthis ousted the internationally recognised government from Sanaa. The group says it is fighting a corrupt system and foreign aggression.

The UAE had largely reduced its presence in Yemen in 2019 amid a military stalemate, but Emirati-backed Yemeni forces had recently joined battles against the Houthis in key energy producing provinces in Yemen.