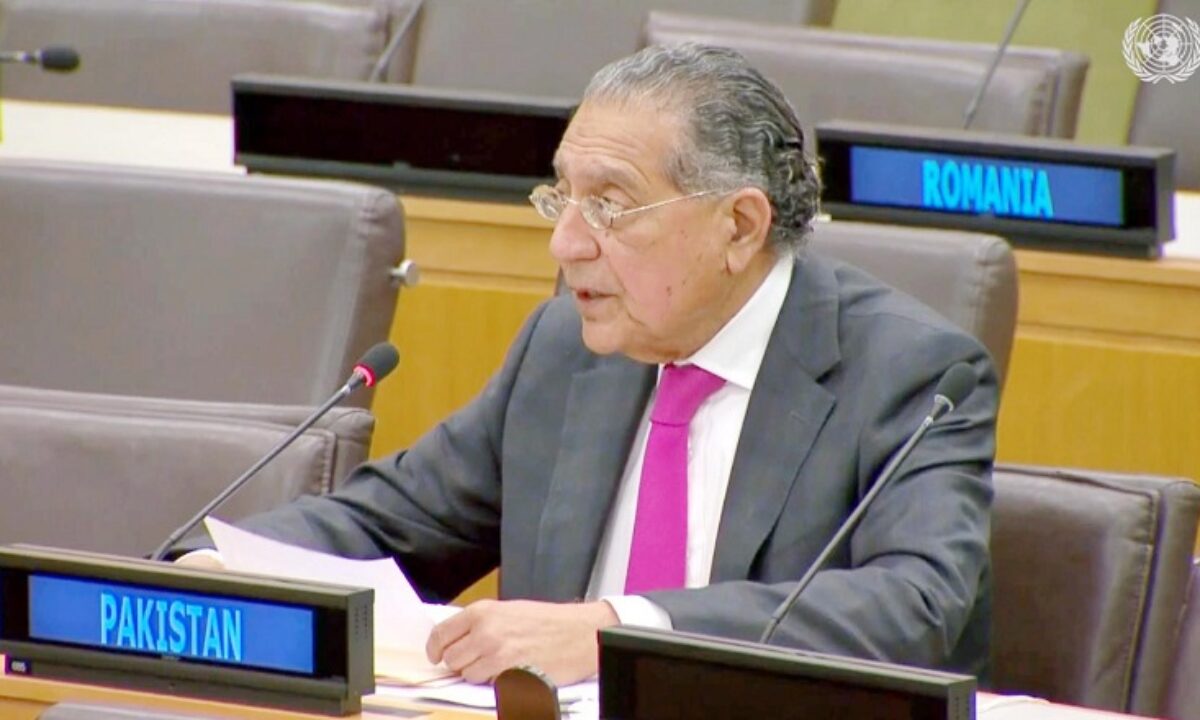 UNITED NATIONS: Pakistan has urged the United Nations to brace itself for the revival of major-powers rivalry, new and old conflicts and a new arms race.

Pakistan underlined these issues at the UN General Ass­e­mbly’s (UNGA) first meeting of the new year where the assembly’s president Abdulla Shahid briefed delegates on his priorities for the resumed part of the 76th session.

Mr Shahid urged the glo­bal community to recommit to vaccine equity to defeat the Covid-19 pandemic, calling for faster production and distribution of these medicines, and the removal of barriers to roll them out.

The UNGA president’s campaign for vaccine equity has the support of about 120 member States and he plans to hold a high-level event on Feb. 25 to press for universal Covid vaccination.

Pakistan’s permanent representative to the UN, Ambassador Munir Akram assured the UNGA president that Islamabad fully supports his campaign and will collaborate with him to promote its realisation.

But he also reminded him that deliberations in the General Assembly “cannot be divorced” from the real world. “We are witnessing a world today where global tensions including between major powers have revived. New and old conflicts abound; a new arms race is underway,” he added.

The UNGA president also mentioned these issues in his remarks, urging “the global community to recommit to the principles of peace outlined in the UN Charter, to work together in the spirit of amity to address the challenges ahead.” But he focused on vaccine distribution and climate change.

The Pakistani envoy, however, underlined the issues that he said the UNGA would confront in the near future.

“The consensus on disarmament has eroded. New military alliances are being formed in various parts of the world. And sadly, the United Nations is largely absent from the rope,” he said.

“We need to consider how the United Nations can contribute to not an agenda for peace but the reconstruction of peace in this world.”

This reconstruction, he said, “must be built on the foundations that we have, the principles of the UN Charter, international law and the resolutions of the United Nations General Assembly and particularly the Security Council.”

Emphasising the need to focus on these issues, Amba­ssador Akram said: “We cannot ignore the global and multi-dimensional threats to international peace and secu­rity today and live only in hope.”

The UNGA president had stressed the importance of solidarity and fostering hope, while outlining his priorities. “We must cherish our common humanity and guard against the drivers of conflict,” he said as he identified the pandemic, nuclear proliferation, terrorism, and international strife as some of the key issues the world faced.

The Pakistani envoy, however, reminded the General Assembly’s president that a stronger United Nations was necessary not only to debate and discuss the issues but also “to translate the conscience of humanity, the words which are spoken in these halls into concrete decisions and actions.” That’s what “would be meaningful reform of the United Nations,” he added.

Ambassador Akram pointed out that the Covid 19 pandemic had reversed progress towards UN sustainable development goals by a decade or more and the existential threat of climate change further exacerbated the situation.