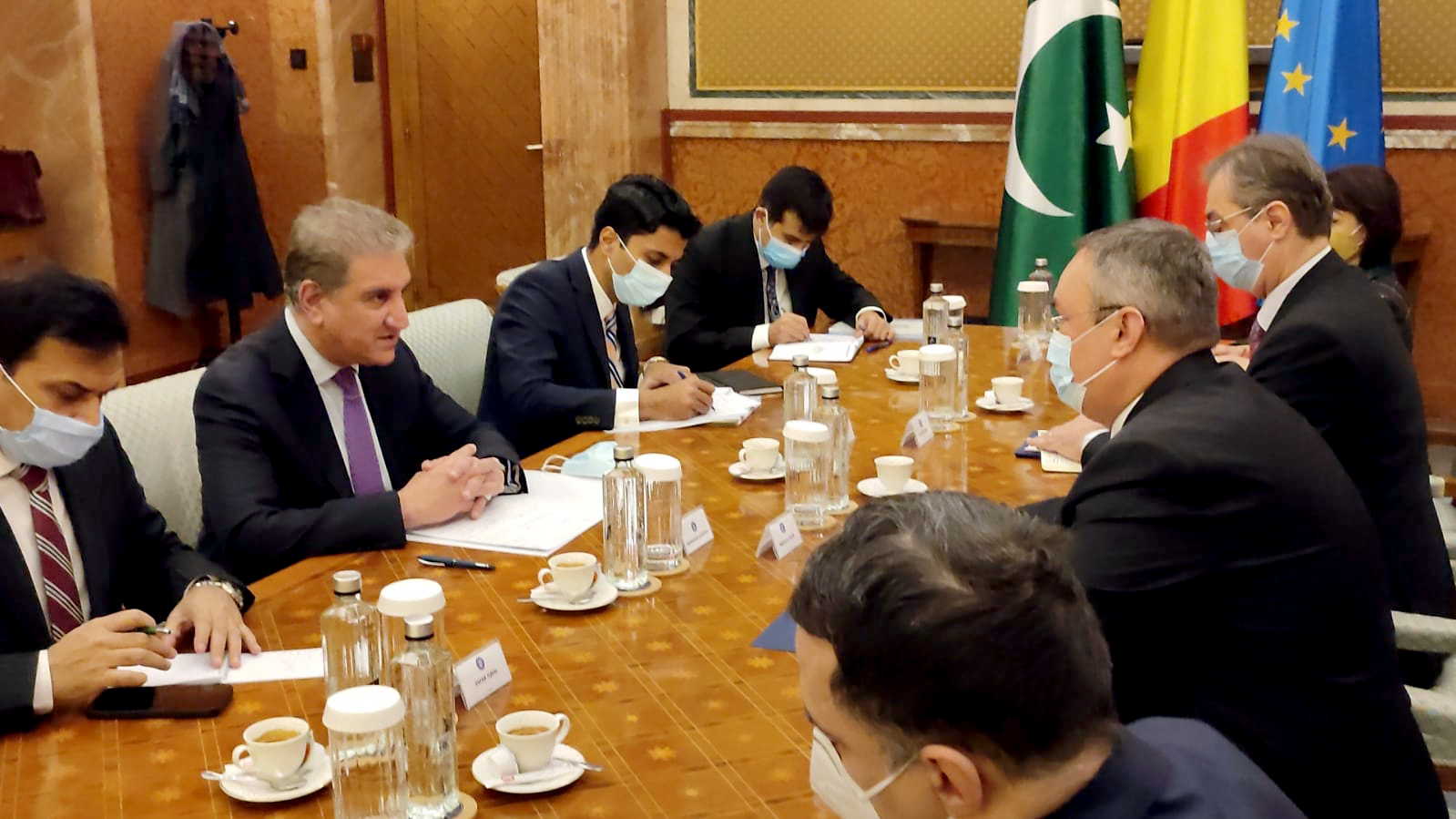 On his arrival at the PM Office, For­eign Minister Qureshi was rece­ived by Romanian Chief of Protocol.

He told the Romanian leader that Pakistan desired to establish broad-based and result-oriented relations with his country and the current improvement of bilateral relations manifested the vision of the leadership of the two countries.

The foreign minister lauded the anti-Covid measures taken by Romania and thanked the Romanian PM for donating 500,000 doses of anti-Covid vaccines to Pakistan by his government.

Prime Minister Nicolae Ciuca app­reciated the role of Pakistan in the context of Afghanistan particularly for evacuation of Romanian citizens.

Discussing the regional and international matters, the foreign minister highlighted the human rights abuses by India in held Kashmir and the situation in Afghanistan.

He also appreciated Romania’s support to Pakistan in obtaining the GSP-plus status.

Later, speaking at a joint press conference with his Romanian counterpart, Bogdan Aurescu, the foreign minister said that a huge potential existed for Romanian investors in not only promoting bilateral trade ties but also from prospects of Pakistan being the hub of exports to Central Asia as new markets were now being opened up for the world.

Mr Qureshi urged Romanian investors and businessmen to avail of the huge trade and investment opportunities offered by Pakistan.

Earlier, Pakistan and Romania signed a Memorandum of Understan­ding (MoU) to enhance bilateral cooperation between trade bodies as well as for provision of educational scholarships to Pakistani students.

The document was signed by Pakistan’s Ambassador in Romania Dr Zafar Iqbal.

The two countries termed the MoU vital for promotion of bilateral trade and commerce.

In another ceremony held at the Romanian foreign ministry, an MoU was signed for the provision of educational scholarships to Pakistani students by Bucharest Polytechnical University.