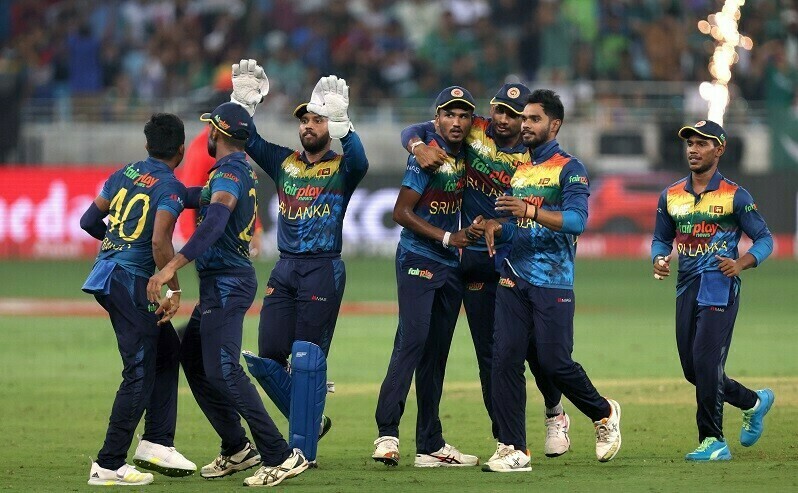 A horror start to their run chase and laborious batting in the middle overs consigned Pakistan to a 23-run defeat at the hands of Sri Lanka in the final of the Asia Cup 2022 at the Dubai International Cricket Stadium on Sunday. The Green Shirts had a brilliant start to their evening, having won the all-important toss and deciding to field first — a trick that had worked for them every single time in the tournament until tonight. Their pace attack featuring Naseem Shah and Haris Rauf gave them a dream start and at one point it had seemed as if Sri Lanka would even be able to bat out their full overs. However, after the first 10 overs, Pakistan captain Babar Azam surprisingly opted for a defensive approach, allowing Sri Lanka to make an almost miraculous recovery to finish with 170-6. In reply, Babar Azam failed for the sixth straight time in the tournament and Fakhar Zaman was castled on a golden duck. That forced the pairing of Mohammad Rizwan and Iftikhar Ahmed to bat conservatively — a job they probably did for longer than required. As the required run rate soared to 12, Pakistan batters took their chances but their gambles failed miserably as Sri Lankans did not allow them an inch and did not put a foot wrong. In the end, an astonishing collapse saw Pakistan fold for 147 as Sri Lanka were crowned champions for the sixth time. End of live thread Sri Lanka have won the final by 23 runs.