Pakistan look to secure final berth with win over Afghanistan 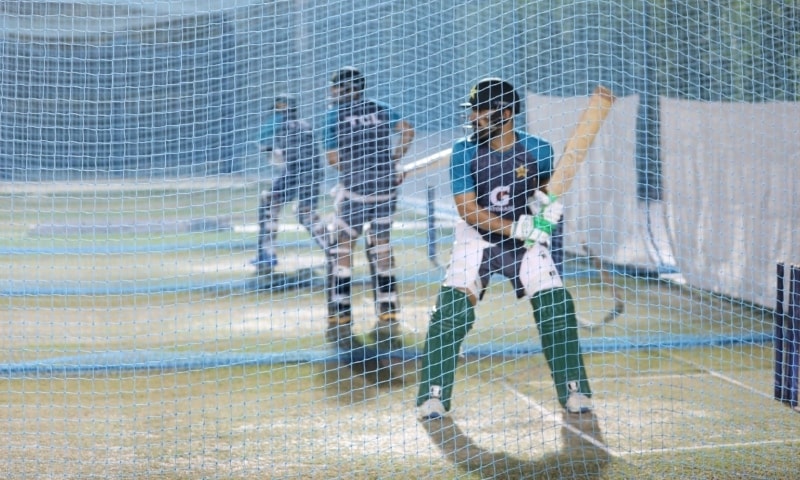 SHARJAH: Riding high on their thrilling victory over India, Pakistan will look to secure a spot in the Asia Cup final with a win over Afghanistan here on Wednesday.
Pakistan’s triumph over India in their Super Four opener on Sunday avenged their defeat to their arch-rivals in the group stage and another victory over Afghanistan, smarting after their defeat to Sri Lanka, will put Babar Azam’s men in Sunday’s final with a game to spare after Sri Lanka’s win over India on Tuesday.
Pakistan have won both their Twenty20 Internationals against Afghanistan and are buoyed by the return of pacer Shahnawaz Dahani, who sat out the India match after suffering from a side strain in Pakistan’s victory over Hong Kong in their final group game.
More importantly, wicket-keeper Mohammad Rizwan — whose 71-run knock was key in the victory over India — is also doing fine after suffering from knee pain during his innings on Sunday.
Rizwan underwent a precautionary MRI scan on Monday and has been cleared by the team management to keep his place both as an opener as well as behind the wickets.
“Rizwan and Dahani are fine now,” Babar told reporters during a news conference on Tuesday. “I spoke to Rizwan earlier and he is feeling better.”
With a full-strength squad to choose from, Pakistan head coach Saqlain Mushtaq is confident his side would be able to maintain their perfect record against Afghanistan.
“Afghanistan are a good side and they have shown that from time to time, but we are confident to get a hat-trick of victories on Wednesday,” Saqlain told the PCB website.
“The conditions in Sharjah will be suitable for spinners, but if a batter spends enough time in the middle, there will be a lot of runs on offer in the latter part of the innings with shorter boundaries.”
Afghanistan, meanwhile, will be looking to regain their early form at the tournament when they beat both Sri Lanka and Bangladesh in the group stage to reach the Super Four.
They will look to their spin trio of Rashid Khan, Mujib ur Rahman and captain Mohammad Nabi to disrupt Pakistan’s strong batting line-up on the more helpful Sharjah pitch.
Victory for Afghanistan would throw the Super Four stage wide open with Pakistan then needing victory over Sri Lanka in their last match while it would also keep defending champions India in the mix.
And it could well come down to net run rate if Pakistan lose both their last two matches starting Wednesday provided India win against Afghanistan in their last fixture.
It therefore promises to be a cracker in Sharjah in a make or break match for both sides.