Will the real Pak-India match please stand up? 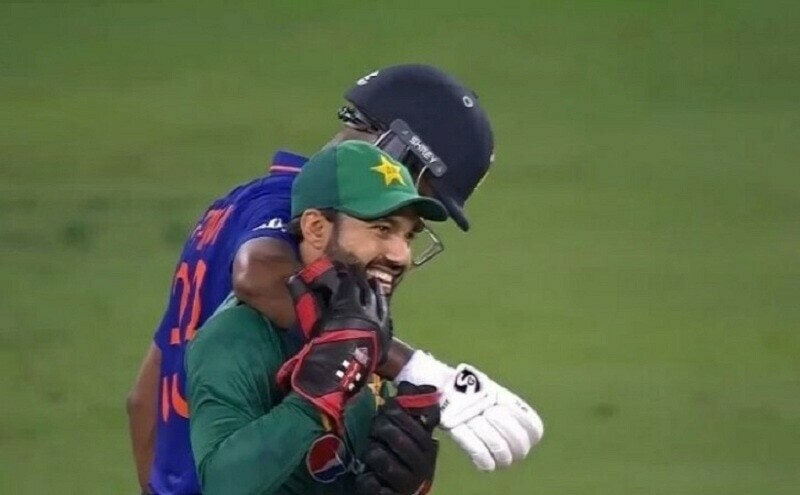 It’s the 54th minute of the match on a lazy Saturday when West Ham’s Michail Antonio tries to tackle Chelsea’s Reece James, catches his shin instead, and ends up tripping him. James quickly gets back to his feet and the two men square up.
Antonio shoves James as if to say “get out of my face”, although he probably said much worse, which would be unpublishable anyway. But before the two could transcend their sport and kick each other instead of the ball, the ref intervenes to keep things civil.
That 10-second sequence, of which there were plenty more in the London Derby, carried more passion than the entire five-hour match played last Sunday between the so-called ‘fierce’ rivals Pakistan and India. And just so you know, Chelsea and West Ham’s is actually a low-key and almost waning sports rivalry. For the truly real stuff, see how Boca Juniors and River Plate play each other, see how ferociously the Los Angeles Lakers and Boston Celtics compete or pick any of the combat sports battles.
Pakistan and India are often billed as archnemeses, and for good reason. If there is one thing to come out of their decades’ worth of diplomatic tensions and armed conflicts, it is their cricketing rivalry. And yet last Sunday, the two combined to produce a game low on cricketing quality but high on brotherly love, hugs, nods of approval and smize.
Thankfully, both teams’ batters combined timidity took the game down to the wire and duped the fans into thinking it was a brilliant game when it was not.
Had it not been for the final-over finish’s amnesic euphoria, more would have noticed how dull a game it was.
The obvious missing ingredients were intensity, fierce competitiveness and dark arts, which have been the hallmarks of Pakistan-India cricket encounters since time immemorial. Just imagine what Javed Miandad of the 1992 World Cup have thought had he seen Mohammad Rizwan getting a bear hug from behind by Hardik Pandya. Would Gautam Gambhir and Shahid Afridi have indulged in such borderline PDAs? Do Haris Rauf and Shahnawaz Dahani’s docile body language go with the ‘bad boy’ attitude perfected by Wasim Akram and Waqar Younis in the 90s and adopted by Shoaib Akhtar and others a bit later?
And what of Fakhar Zaman walking off by himself in an astonishing and totally unnecessary display of sportsman’s spirit that would have made Eddie Guerrero roll in his grave? Don’t even dive into historical Pak-India games for comparison. Let’s look somewhere else. Would David Warner have done the same against England? Would Virat Kohli have returned the favour had he been in a similar position in the second innings of the same game? Does one expect such generosity in any other sport? The answer would be no. In football, for instance, every foul call is contested by both sets of players no matter how obvious. That’s called playing hard and looking for whatever advantage — big or little — that’s coming your way. As players, your job is to play and let officials officiate. Of course, no one is asking Pak-India players to turn into on-field thugs and make a game of cricket a boxing match. Neither is anyone asking for displays of machoism. That would obviously be a gross misinterpretation of what is being said here. What is actually being asked is for them is to play this particular fixture like it has always been played and not turn the game into an event of political messaging and goodwill gestures. Let politicians and diplomats do that, and Lord only knows the two countries need better relations. But the players’ job should be to concentrate on on-field affairs only and protect the competitive sanctity of a sporting rivalry that is now as old as the political tiffs and is an entity in itself. The game has come a long way for Pak-India cricket teams to just be an extension of two perennially bickering neighbours. It goes without saying that once the game is over, once the ritual handshakes are done with, the competitive spirits need to cool off. What happens on the field should stay there, as it is done in sports all over the world. But while the game is still in progress, why dilute the intensity? What’s with the newfound obsession of being puppy dogs when it’s the bulldog attitude that made the matches between the two teams so riveting to watch? The two teams will have a go at each other again tonight in what’s likely to be round 2 of 3. Unlike last time, a defeat would be of greater consequence, which offers us a glimmer of hope that both the teams would fight harder and put forth a product that revives the true spirit of Pak-India rivalry.