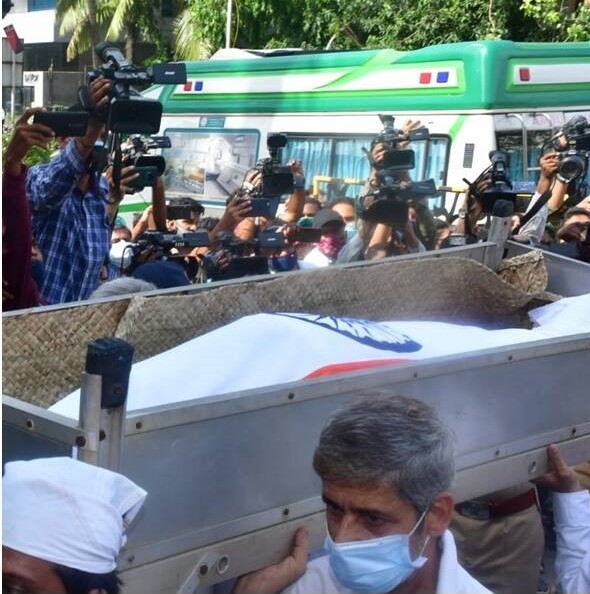 Thespian Dilip Kumar’s death on Wednesday has left the entire Indian film fraternity shocked and in mourning. The legendary actor who passed away at the age of 98 has left a void in cinema and a huge body of work behind, for future filmmakers and actors to learn from. The actor was laid to rest at Juhu Qabarastan in Mumbai with full state honours on Wednesday evening.

Popularly known as the ‘Tragedy King’ of Bollywood, Kumar was known as a method actor who was never limited to genres. In a career spanning more than five decades, the prolific legend was part of comedies, dramas, romance, and so on.

Dilip Kumar also possessed the distinction of being the only Indian recipient of Pakistan’s highest civilian award, Nishan-e-Imtiaz.

For his contribution to cinema, Dilip Kumar was conferred with the Dadasaheb Phalke Award, India’s highest award in the artform. He also received the Padma Vibhushan, the second-highest civilian award of the country.

Along with Shah Rukh Khan, he held the record for winning the most Filmfare Awards in the Best Actor category: 8. He also won the inaugural trophy in the same category in 1954.

Personalities from cinema, politics and sports paid tributes to Dilip Kumar. Here are all the wishes and obituaries pouring in for the icon.