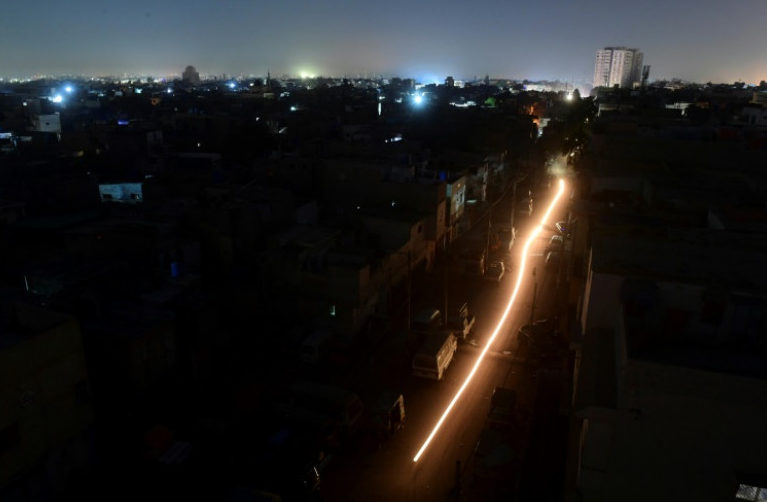 ISLAMABAD: A major power outage due to a failure in the national grid hit Pakistan on Monday disrupting power supply across the country. The process to restore electricity is underway, with plans to restore power in the entire country by tonight, a statement by Energy Minister Khurram Dastgir Khan read.
Shopkeepers and workers wait for electric power at a market following a power breakdown across the country, in Lahore, Pakistan, Monday, Jan. 23, 2023. Much of Pakistan was left without power for several hours on Monday morning as an energy-saving measure by the government backfired. The outage spread panic and raised questions about the cash-strapped government’s handling of the crisis. (AP Photo/K.M. Chaudary) Power has already been restored in parts of southwestern Balochistan and the eastern Punjab province, with partial restoration in Karachi, southern Sindh province, Islamabad, Peshawar, Quetta, Multan and Sukkur cities, he added.