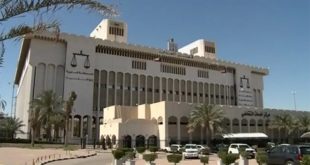 KUWAIT: The Criminal Court adjourned to September 6 the first trial session of the case filed against the mother of Farah Akbar’s killer for publishing and spreading false news about the victim via the Twitter account of a news site. The Public Prosecution had charged the news account with publishing information that can be deemed as damaging to the dignity of the family members of the slain victim Farah Akbar via the media outlet on Twitter, which is in violation of law No. 8/2016 that regulates electronic media administration for the account. It also charged her with publicly spreading false news intended to harm the reputation of the victim and her family members, and participating by agreement with the news account in committing the crime attributed to her by giving facts that would prejudice their dignity, and the crime that occurred.

During investigations, the victim’s husband testified that the accused appeared in video and audio clips, which were published on the news website’s Twitter account, in which she falsely claimed the existence of an emotional relationship between her son and his wife before her death.

Meanwhile, the Public Prosecution has decided to put behind bars for 21 days an unidentified lawyer for forcing an Arab child to take narcotic Larica pills inside his office, reports Al-Qabas daily. The detention renewal judge has refused to release the accused and decided to continue his detention which be looked into again after two weeks. The prosecution had charged the accused lawyer with assaulting the child inside his office, and forcing him to take psychotropic substances. By Jaber Al-Hamoud Al-Seyassah Staff and Agencies