Chinese IPPs warn of closure if not paid Rs300bn 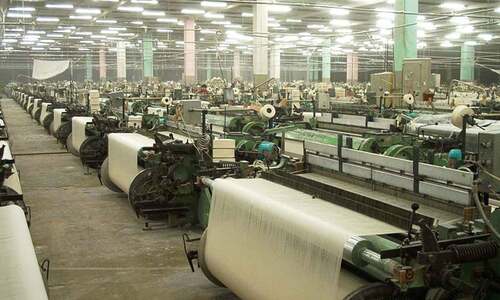 ISLAMABAD: With more than Rs300 billion in stuck up dues, more than two dozen Chinese firms operating in Pakistan on Monday said that they would be forced to shut down their power plants this month unless payments were made upfront.

This was the overwhelming theme of a meeting presided over by Minister for Planning and Development Ahsan Iqbal with more than 30 Chinese companies operating under the flagship multi-billion-dollar China-Pakistan Economic Corridor (CPEC) in various areas including energy, communication, railways and others.

There was a plethora of complaints, including those relating to complex visa procedures for Chinese executives, taxation and so on, but there were also counter complaints from the Pakistani side as well, on delayed responses to their communications, informed sources told Dawn.

About 25 representatives from Chinese independent power producers (IPPs) spoke one after the other and complained about the buildup of their dues and warned that without upfront payments they would shut down within days. They said the authorities were pressuring them to maximise generation to meet peak summer needs, but “this is impossible for us in view of serious liquidity issues”.

Representatives say it is impossible to meet peak summer demand due to severe liquidity issues
They complained that fuel prices, particularly that of coal, had gone up by three to four times, which meant they should at least be given three to four times greater liquidity to make fuel arrangements. One of the coal producers reported that it was operating at half capacity due to low coal stocks, but the authorities’ push to increase output could exhaust fuel stocks in a couple of days.

Some of them said that while payments against power already supplied were not forthcoming and they had been financially handicapped due to Covid-19 pandemic, the tax authorities had started taxing them at higher rates. Also, the contractual requirement of a revolving fund for automatic payment of IPPs’ dues and subsequent promises by the previous government during former prime minister Imran Khan’s visit to China also remained unfulfilled, they said.

Mr Iqbal assured the Chinese that the prime minister had already taken notice of the situation and had asked the relevant authorities to brief him about the entire issue and make arrangements for early payments. He promised that their financial difficulties would be eased out within the current month.

The Chinese also expressed concern over the upcoming draft renewable energy policy that requires international competitive bidding. The chairman of the National Electric Power Regulatory Authority (Nepra), who also attended the meeting, also stressed that Chinese IPPs are also required to put their own house in order and complained that their letters to the Chinese remained unanswered for a long time, and unless regulatory requirements were addressed, some of the issues would remain unsettled.

The contractors of the Sukkur-Multan Motorway also complained about non-payments by the National Highway Authority (NHA) and protested that they were bad-named in Pakistan by the previous government even though their performance had been acknowledged with an A-Class award by the Chinese government for the project’s quality. “We were accused of corruption in the previous regime without even payment for the work done,” an executive was quoted as saying. Secretary Communication promised to address the payment issue, the sources said.

An official statement said the session lasted over three hours in which Chinese investors appreciated the steps of direct interaction with the minister since he took charge of the ministry and hoped that all issues would be resolved to make the CPEC projects successful, which have remained pending for over three years.

The minister assured them that the coalition government would speed up the pace of CPEC as it was implemented during 2013-18 and directed the concerned ministries to submit a detailed report at the earliest on the resolution of the issues so that their concerns are resolved immediately, the statement said.