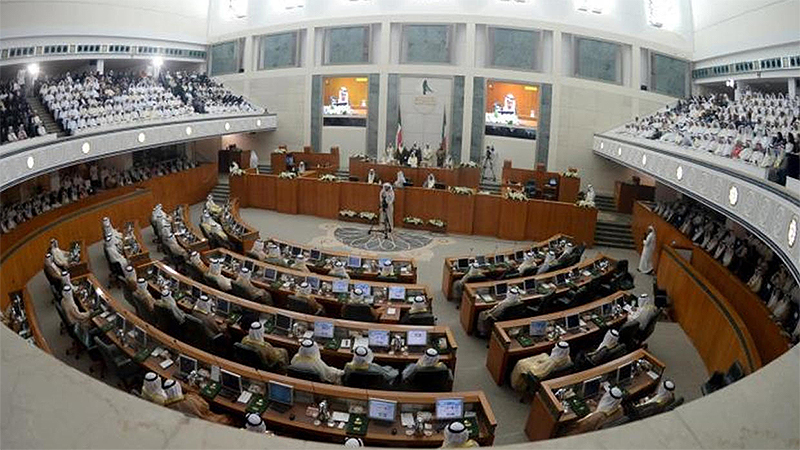 KUWAIT: MPs have reacted positively to the recent decision of the political leadership to grant amnesty to political prisoners. MPs Abdullah Fehad, Shuab Shaaban, Soud Al-Asfour Al-Hajri, Falah Al-Hajri, Shuaib Al- Muwaizri, Osama Al-Zaid and Hamad Al- Medlej issued a statement; expressing gratitude to His Highness the Amir Sheikh Nawaf Al- Ahmad Al-Jaber Al-Sabah and His Highness the Crown Prince Sheikh Meshal Al-Ahmad Al-Jaber Al-Sabah for their generosity as the decision brought joy to a large number of families. MPs Adel Al-Damki and Ahmed Lari also expressed their appreciation for the Amiri amnesty, asserting this ends the era of pessimism and ushers in a period of optimism.
Al-Damkhi urged Deputy Prime Minister, State Minister for Cabinet Affairs and Chairman of the Amnesty Committee Barrak Al-Sheetan to increase the number of beneficiaries to include all those imprisoned for expressing their political views.
Meanwhile, MP Khalid Al-Tamar Al-Omaira has submitted a bill on adding an article to Civil Service Law number 15/1979, such that the concerned minister is mandated to grant fully paid vacation to employees who accompany a relative for overseas treatment. The bill stipulates that the number of leave days depends on the overseas treatment period specified for the patient.
According to the directive of the Civil Service Commission (CSC), the Civil Service Council will issue the executive regulations once this bill is ratified. The existing law allows an employee to go on leave for as long as six months to accompany a relative who needs to undergo treatment abroad. The employee must return to the country once the six-month period ends to extend the vacation if necessary. The bill is aimed at addressing this issue for the benefit of the patient and his companion.
MP Muhammad Al-Hewaila proposed the establishment of a national share holding medicine company with a capital of KD300 million to manufacture chemical medicines. The company’s shares are distributed as follows: 24 percent for ministries and their subsidiaries, 26 percent for the subscription of companies registered at the Capital Markets Authority and foreign companies approved by the Council of Ministers, and 50 percent for public subscription.
The government is allowed to sell all or some of its shares through public auction. The sale proceeds will be transferred to the State’s treasury. The company will be launched within six months after ratifying the bill. The Council of Ministers will specify the public institution or ministry, which will be tasked to carry out the establishment procedures and call for electing the first board of directors. Citizens should constitute at least 80 percent of the company’s workforce. The company will be exempted from all fees during the first three years of establishment. By Saeed Mahmoud Saleh Arab Times Staff