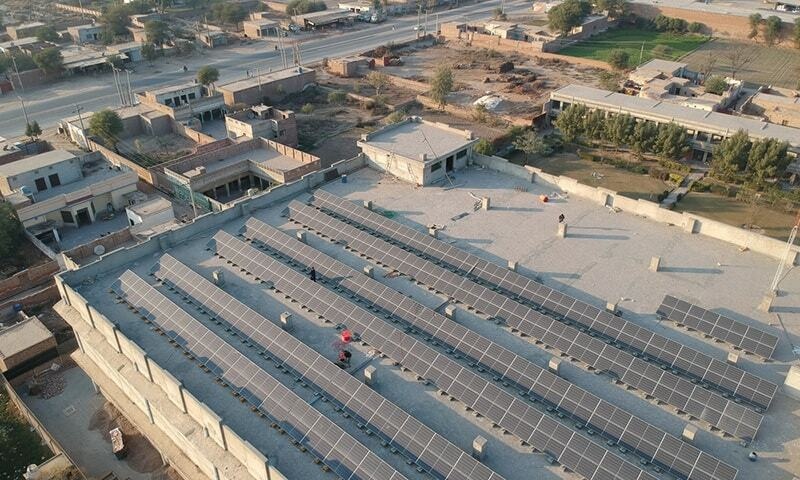 With the new government came a spate of policy statements on promoting solar energy as a substitute for generating power based on imported fuels.
The prime minister has made several statements on fast-tracking 10 gigawatts of solar energy, while our energy minister recently unveiled a policy to fast-track the development of 600 megawatts of solar projects that are very attractive to investors.
While these aims and policy decisions are laudable, they are contrary to the ground realities currently facing the solar power industry in general, investors who have installed and are generating power, investors who have made the commitment and yet cannot get the equipment, rooftop generators, the National Electric Power Regulatory Authority (Nepra) and State Bank financing.
Currently, no import of solar panels is possible for customs Chapter 84 goods unless approved by the State Bank of Pakistan. No solar equipment letter of credit has been opened in the last 8-10 weeks. Commercial banks require this approval before they can open a letter of credit. No permissions are forthcoming, and are unlikely to do so in the near term.
The current situation results in Discos buying surplus rooftop energy generation at Rs12.95, selling it to our neighbours at Rs27.67 during off-peak hours, and back to us at Rs33.99 during peak hours
Therefore, vendors who have already signed contracts for the supply and installation of solar projects cannot honour them for reasons beyond their control.
Delays and shipment, therefore, have cost the vendors dearly because while costing was done at Rs180 to the dollar, today it is Rs 236 (at the time of writing this article), and letters of credit are still pending. This status quo will bankrupt many vendors who will be unable to meet their sale contract obligations.
The story does not end here. There are hundreds of solar equipment containers at the ports where the importers cannot clear the goods as the original shipping documents required for clearance are not being released by the banks without approval from the State Bank of Pakistan (SBP).
The SBP also initiated a very attractive scheme of long-term subsidised financing in 2016, available for solar installations at rates as low as 3-4 per cent per annum and with repayment periods extending up to 10-12 years. This funding is now no longer available through the commercial banks, probably under pressure from the International Monetary Fund to stop all subsidised financing.
Nepra is the regulator whose primary role is to safeguard the interests of the consumers and the rooftop solar generators with little or no knowledge of its complex rules and regulations. They are no match for the very strong lobby of distribution companies (Discos), who always manage to get things done their way at the cost of the consumers.
Contrary to this primary objective, what we see is Nepra working for the interests of the Discos instead of its consumers.
For example, Nepra published a notice on 24 Aug 2022 relating to the amendment of Net Metering Regulations 2015 specifically related to sub-Regulation 5 of regulation 14. A blatant attempt to undermine the financial interest of the rooftop solar generators by reducing the compensation they get for the export of surplus energy to the Distribution companies.
The criteria used worldwide, including the European countries and the USA, is to incentivise green energy. Not only is the capital cost of installation subsidised, but the power distributors are mandated to buy surplus power at the same rate as is being sold to them. There are also other advantages to Discos: Line loss reduction, as with self-generation, the need for theft goes awayAvoids system overload and tripping during peak summer loadAvoids incremental investment costs in transmission linesAvoids extra investment in the enhancement of transformer capacityVoltage profile improvementReduction in maintenance costs
The new policy announced on 14 Sep 2022 provides: Indexation of tariffsFree provision of land and interconnectionPayment guarantees
Rooftop solar installations do not require any government or distributor investment. They also do not need imported costly fuels or government guarantees.
This energy source requires maximum incentives to grow so that the country can get out of the current cycle of huge and unsustainable trade deficits, where the main contributor is energy imports. Incentivising this energy source also encourages and channels consumers spending away from consumption to productive and fruitful investments that are also good for the economy.
However, contrary to our policy expectations, the current situation results in Discos buying surplus rooftop energy generation at Rs12.95 and selling it to our neighbours at Rs 27.67 during off-peak hours and back to us at Rs.33.99 during peak hours.
The huge depreciation of the rupee by 25pc has substantially increased the cost of installations rendering investment in residential solar installations unattractive due to the now very long pay-back periods.
Risk and reward always reside with the investor. However, in Pakistan, we have a unique situation where the Discos are getting the reward without making any investment while the investor faces gross injustice.
If we consider the case of K-Electric specifically, there is a serious conflict of interest, being both a generation company (Genco) and a distribution company. Genco power sourcing and energy production are entirely in K-Electric’s control, so the company can maximise what it charges consumers.
Because this is done in the form of a fuel adjustment charge instead of a tariff correction, this practice again devoids rooftop solar net exporters of a higher tariff charge. Promoting investment in power based on local resources will save the country millions of dollars as it substitutes imports of costly furnace oil and liquified natual gas, which the country can presently ill afford.
There are huge variances in the government-stated policy and ground realities where things turn out to be contrary and contradictory. Our energy minister, who, until he fully familiarises and understands the variances between policy and practice, will be unable to implement the prime minister’s vision of green energy generated by solar installations.
The writer is a chartered accountant by profession