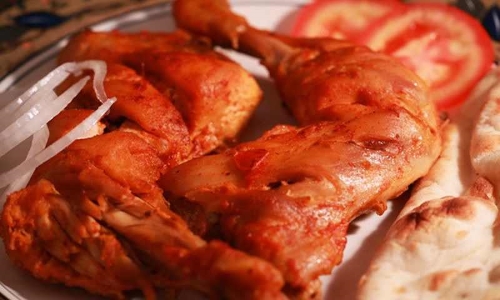 Combine all the ingredients to make a marinade, (except the chicken) mix well, let it sit for 10 minutes.

Then, marinate the chicken and refrigerate it for 6 to 8 hours, grill on a barbeque grill or bake in an oven, periodically brushing with oil.

Once tender, charcoal the tikka to get the desired smoky flavour. Serve with side of yogurt, tamarind chutney, sliced onions, and naan.

Karachi does chicken tikka like no other city in the world. Hence growing up in the wonderful metropolis, I have had the luxury of tasting the best barbecue chicken tikka available to humanity, may it be from Meerut, Bundoo Khan, Spinzer, the local clubs, BBQ tonight, or any other local restaurant.

Expectedly, every trip back home has me devouring tender chicken tikka off the bone, one hand tearing at the warkhi paratha, while the other is busy dipping thinly sliced onions in imli key chutney, and the result is my taste buds enjoying a meal in foodopia.

The Encyclopedia of Meat Sciences edited by Michael Dikeman and Carrick Devine says the following when describing the famed subcontinent chicken tikka:

The meaning of tikka is ‘bits and pieces’ and thus it refers to the meat, mostly boneless chicken, that is cut into small pieces and baked like tandoori in a tandoor, following marination in spices and yoghurt. While cooking, butters and oils frequently brushed over the chicken to ensure that it remains tender and moist and is not overcooked.

Tikka can be served as chicken tikka sizzler, wherein it is served on a red hot plate along with onions. Tikka sizzlers are also eaten in Afghanistan along with Pakistan and India. Tikka can also be used as an ingredient for preparation of chicken tikka masala. Tikka masala is a gravy dish containing tikka chunks, cream, a blend of Indian spices, and a gravy containing sauce and tomatoes.

My research also led me to understand that barbequing and grilling are entirely different; until now I thought the two were an interchangeable form of cooking.We can safely assume that our ancestors were grilling meats from the beginning of time. Travelling men hunted and cooked meat over fire, sometimes rubbing salt water, or available herbs on it.

Grilling is the cooking of raw foods in its basic form over direct fire or heat source, while barbequing is slow cooking over indirect heat. Hence, this slow cooking process infuses the barbequed meats with a delicious smokiness of the charcoal (if used as a heat source) and marinade.

The wonderfully rich subcontinent has a large menu encompassing traditional meat items. Countries like Pakistan, India, Bangladesh, Nepal, Sri Lanka, and other regional countries are more alike culturally than different, and the availability of spices, meats, dairy, fruits, vegetables and grains has played a key role in the evolution of the sub-continental cuisine.

These meat products have percolated down history and have metamorphosed into spicy ethnic Indian meats. The history of the Indian subcontinent depicts various culinary practices amalgamated into Indian spices and the Indian cuisine embodying the culture of the different settlers. The meats common to the region are kabobs, chicken tikka, biryani, curry, meat pickle, palao and dry salted meats amongst others.

For the tikka, after marination, the meat is cooked at a high temperature on a grill or an oven and charcoaled to give the authentic barbeque flavour. It is periodically brushed with fat to maintain a tender, juicy and moist texture to the bite.

In researching my world tour of grilling and barbeque, I discovered there was a barbeque belt that encircles the globe. Or more specially, that there are six grade barbeque zones. The largest continuous barbeque zone starts in Turkey and runs east through the Caucasus Mountains, Central Asia, Iraq, Iran, Afghanistan, Pakistan, and India.The Barbeque Bible by Stephen Raichien says the following about grilled Tikka:

In the 13th century, the Moghuls lead by Genghis Khan spread their love of grilled meats as far west as turkey. The Arab world refined the idea and then shipped it back via the Moghul rulers to the Indian subcontinent and possibly beyond to Indonesia.

To make chicken tikka for Food Stories, I used Shazlee Auntie’s recipe. Easy to make and so delicious, here it is, from my kitchen to yours. 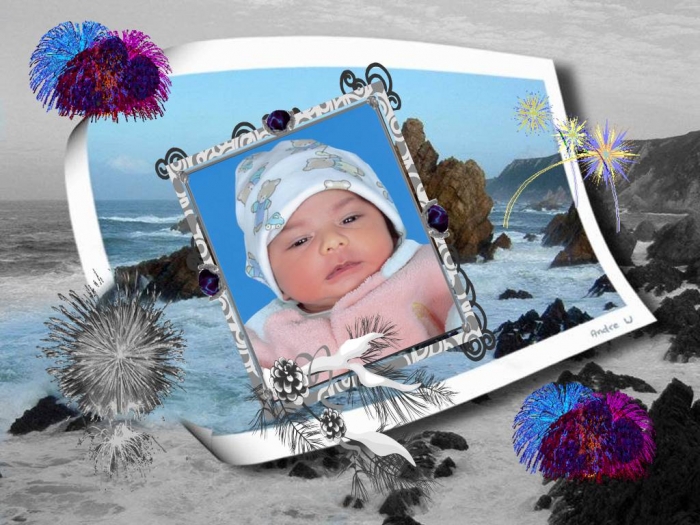