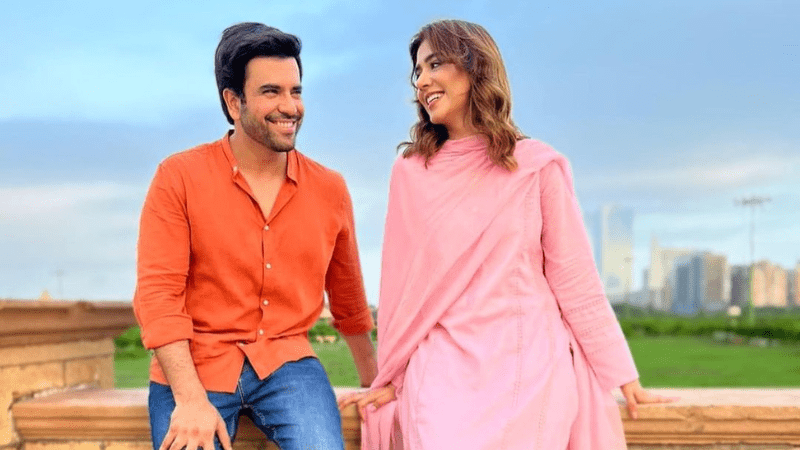 Junaid Khan and Mansha Pasha are bringing the magic back onscreen in an upcoming drama called Adan, which is expected to release in September. Khan spoke to Images and revealed some details about the new project and why the audience enjoys their chemistry so much.
“My character is a journalist — the kind that writes blogs and is very active on social media. Basically, he has the fire to change the system and eliminate corruption from [it]. He tries to highlight the wrongs in society — taken from current situations — in his blogs. So he is a digital journalist,” said Khan, filling the blanks about his character.

The screenwriter for the romance-filled plot is Atique Inayat, the story is Shagufta Bhatti’s. The show is being produced by Wajahat Rauf and Shazia Wajahat’s Showcase Productions. It will air on new channel Aan TV which, according to Khan, is probably launching in August.
On working with Pasha again, he said, “Working space with Mansha, of course, has always been wonderful. I’ve done four serials [and] one film with her, commercials too, so me and Mansha have known each other for a while. [She is] very comfortable to work with, very professional.”

He also revealed the secret behind their well-received chemistry. “Whenever we’re working on scenes, we’re always trying to bring the best out in each other and complement each other in each scene. That is why people like seeing us together,” he said.
“Mansha has always been fun to work with, she’s always a fun person to converse with — other than work, our offscreen conversations are very interesting. We talk about everything from politics and world issues to life — so it’s always a delight to work with her,” he added.

The duo have starred in dramas such as Dil-e-Beqarar, Madiha Maliha and Zara Aur Mehrunnisa together.