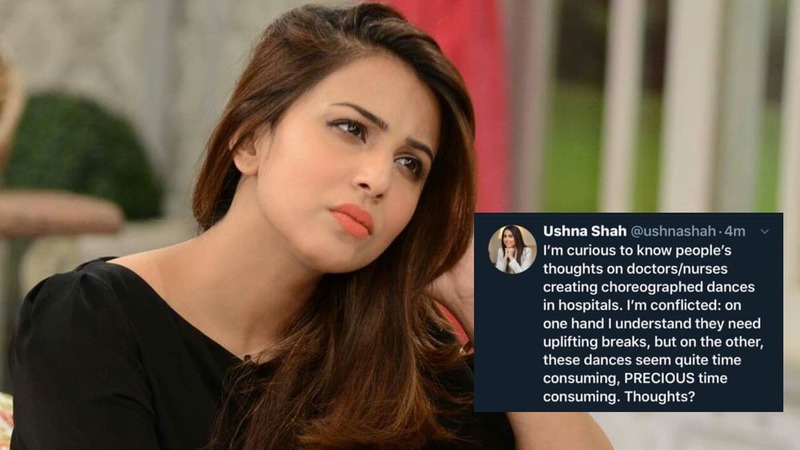 Worldwide, people have been saluting and commending medical professionals for being on the frontlines of a pandemic...as they should be.

Doctors, nurses and all staffers in each hospital are risking their lives to save others. And while it already sounds harder than it looks, it is much much more difficult than we can possibly imagine.

So many have quarantined themselves from their own families, working without proper medical protective gear and are spending several sleepless nights at the hospital. All to give the world a fighting chance at survival. Make them join the Justice League and Avengers already.

Such isolation and stress can take a toll, so it makes sense that these hard workers take a little break now and then to unwind; they're not robots. And should their hard work pay off and they see improvements in their patients, they can definitely celebrate, right?

Several videos of medical professionals taking dance breaks have made rounds on the internet and while many appreciate and adore the content, there are those who do not approve.

While Ushna Shah doesn't disapprove, she did share her concerns for these very short videos in a now deleted tweet. And it was sad to read.

Said Ushna, "I'm curious to know people's thoughts on doctors/nurses creating choreographed dances in hospitals. I'm conflicted: on one hand I understand they need uplifting breaks, but on the other, these dances seem quite time consuming, precious time consuming. Thoughts? "

Okay, first of all, it's a three minute video, not a mehndi dance rehearsal at the Ambani's. If a person were to take a 10 minute break everyday to rehearse a performance, they'd have a small dance performance ready in a week. Repeat. 10 minute break in 24 hours. We're certainly sure they deserve more than that, don't you?

Also, if you truly understand that they need uplifting breaks, there's nothing 'on the other hand.'

As we mentioned before, we can't begin to imagine what it's like to work in that environment, let alone saving lives while risking one's own in a world that does not even have enough medical gear and equipment for them to do their job properly.

Countries are out of ventilators, random buildings are being turned into makeshift hospitals just so there are more beds for patients and many of those patients are dying in their arms. No amount of training can make such a huge death count easy to handle.

So is it really so bizarre to let them have a little routine to keep themselves sane and motivated during these incredibly difficult times? They know what they're doing, better than any of us. Let the doctors dance.