It all boils down to our system and parenting, says Hadiqa Kiani on the Scarsdale incident 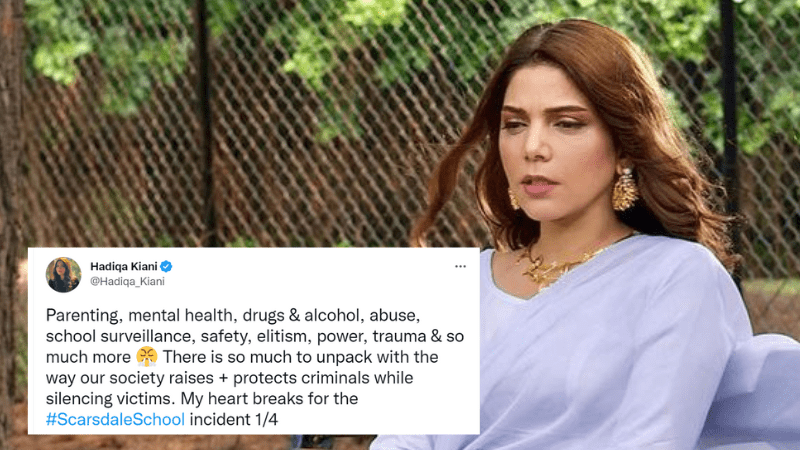 A bullying incident at Scarsdale International School has left netizens horrified and enraged at the gang-up against one girl and the videotaping of the alleged “torture”. Singer-actor Hadiqa Kiani expressed her views on the matter, shedding light on the role of parents in the propagation of violence. She urged parents to get involved in their children’s lives and the government and educators to implement a stricter protocol to protect children.
On Saturday, she shared a tweet thread to address and “unpack” the issue. “Parenting, mental health, drugs and alcohol, abuse, school surveillance, safety, elitism, power, trauma and so much more,” she started by highlighting the key words in the incident. Mentioning that there are many factors that lead to our society raising and protecting criminals while silencing victims, she said her heart breaks at the Scarsdale school incident.
She made the connection between parenting and the cycle of violence claiming that most parents are “delusional and voluntarily ignorant” about their children’s lives. According to her, this lack of involvement unknowingly causes severe trauma in children which manifests in the way they deal with others, “in more extreme ways”.
She directed attention to all the bullying incidents that go un-filmed and unnoticed, saying that there needs to be a stop to this. Turning to parents she said, “Talk to your children, get involved and parent them with love — protect your kids and make them strong to handle the world.”
Kiani does not think the responsibility is solely the parents’. She talked about the role the government and educators play and urged them to come together to put in place a stricter protocol to protect children. “I wish I had more concise thoughts at this time and will hopefully speak more on this issue soon but it all boils down to our system and parenting,” she concluded.
The Defence police, Lahore have lodged a criminal case against four girl students of the private school for allegedly torturing their class fellow after a video of the incident went viral on social media. The FIR was registered on the complaint of the victim’s father Imran Younis, who alleged that the group of girls dragged his daughter on the ground by her hair, sat on her back and subjected her to inhuman torture. 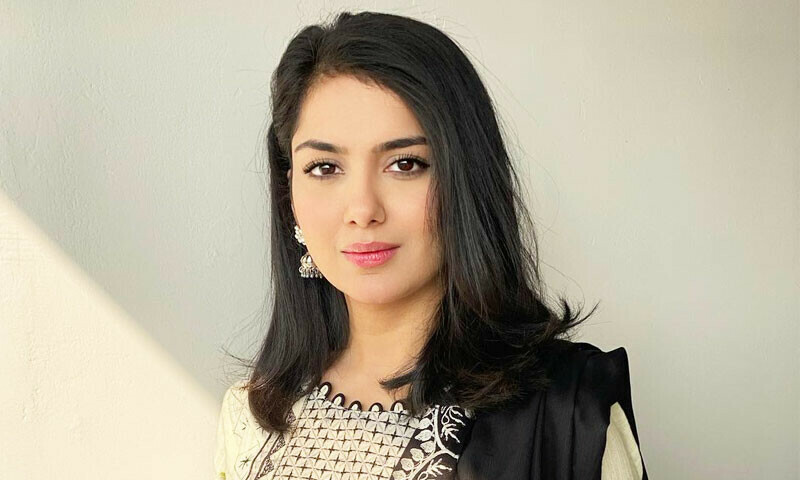 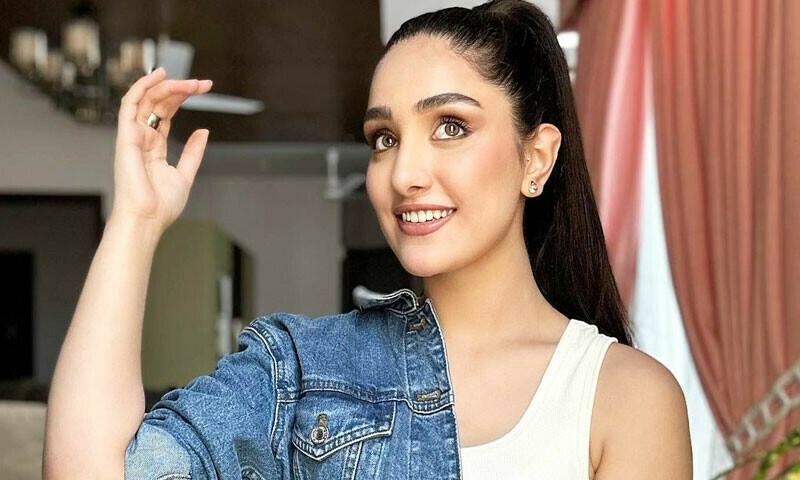 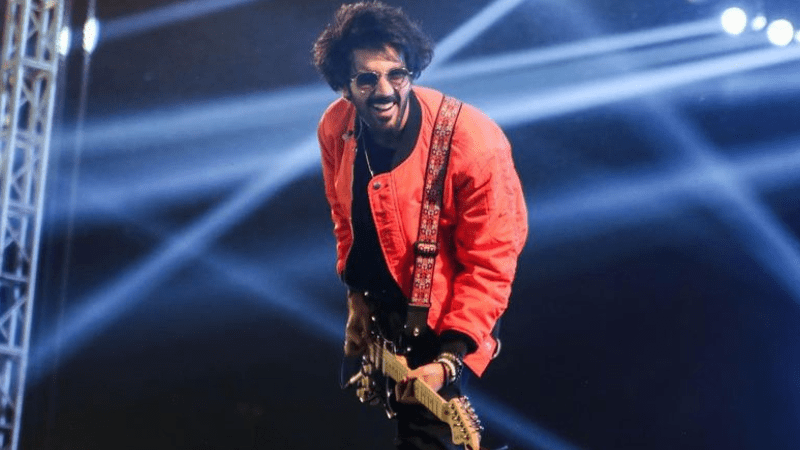 If you’re a woman and you had to leave Karachi Eat because of the ruckus caused by a group of men who gatecrashed the event last Sunday, singer Ali Tariq has offered to hold a public, all-women gig for you. He wants to hold an event for them to enjoy the musical performance they weren’t able to at the annual food festival.
On Monday, Tariq shared a statement in which he apologised for what went down at Karachi Eat and hoped that all the women “made it home safe”. He said that it “hurts to see that women and families in our society can’t even enjoy such simple things in life,” and that he’s “ashamed” of it. The ‘Raabte’ singer hoped for everyone’s safety in a now expired Instagram story and found videos from the event “disturbing to watch”.
Taking to Instagram on Thursday, the singer wrote, “After reading all your messages from you guys, I want to put out a public gig, all girls only! This is to cater all the girls who came out on Sunday but weren’t able to enjoy their day to the fullest.”
Tariq also “pledged” his performance and made a public call for sponsors and donors to cover his band venue and production cost and gave contact details for those who’d like to contact him for the public gig.
The singer’s post received positive comments from RJ Dino Ali who wished Tariq the best with his initiative. Host from the eat festival Ahmed Godil offered his hosting skills for Tariq’s gig and singer Rafay Israr left some heart emojis.
What happened at Karachi Eat
Karachi Eat was held last weekend, from January 6 to Jan 8, but on the final day a ruckus marred the event for many, with claims of gate crashing and harassment circulating on social media. Claims were also made that singer Kaifi Khalil was injured during his performance but later debunked by the singer, who shared a statement assuring fans that he is fine, albeit “disappointed and upset” by the lack of decency shown by those who reportedly harassed women at the event.
“The Eat Festival came to life 10 years ago with the aim of bringing diverse good food, the citizens of Karachi and music all together under one roof,” read a statement by the food festival’s organisers. “Over the years we have taken the brand to Lahore and Islamabad with the same aim in mind. Despite our most stringent efforts, the closing day of our 10th Eat Festival saw unruly crowd behaviour and some very unfortunate and sad incidents occurred.
“This vengeful disregard for rules and regulations gave rise to events that caused much discomfort to innocent people as gate crashers ran amuck. The crowd at the venue on Sunday was less in absolute numbers than on Saturday but because there were no unruly gate crashers, the first two days ended on a civilised note. Regardless, we are collecting the data and conducting a deeper investigation into the matter of surveillance, breach of boundary walls and the need to up the restrictions of what is brought into the arena. Our thoughts and sincere apologies for all who were affected by the unruly crowd and the innocent people who were caught in the crossfire.”
Khalil, who stopped his performance at the event midway and left the stage, took to Instagram and Twitter with an official statement of his own in which he denied reports that he was injured but slammed the gate crashers.
He said he’s “disappointed and upset” because of the incident where women who came to “enjoy the evening with family and friends were harassed and treated inappropriately by a group of individuals that lacked decency and common sense”.

Bollywood’s Arjun Kapoor has Indian media on his radar after reports of his actor-girlfriend Malaika Arora being pregnant started circulating online. Taking to his Instagram stories, Kapoor condemned the fake reports and warned the media not to “play” with their personal lives.
Sharing a screenshot of a now deleted news post by Pinkvilla, Kapoor tagged the publication and the author Nikita Dalvi and wrote, “This is the lowest that you could have gone and you have done it by being casual, insensitive and absolutely unethical in carrying garbage news. This journalist has been writing such pieces regularly and getting away with it because we tend to ignore these fake gossip articles while they spread across media and become the truth. This is not done. Don’t dare to play with our personal lives.”
The initial report by Pinkvilla claimed that the couple was expecting their first child together and credited it to a ‘source’. The source told the publication that Arora and Kapoor announced the news to their close friends and family during their trip to London earlier this year. The couple was in London in October according to photos shared by them on Instagram.
Earlier, the Indian media also reported that the couple has gotten engaged as Arora shared a photo of herself with the caption, “I said YES.” However, that was for her OTT debut, Moving In with Malaika for Disneyplus Hotstar.
Arora and Arjun went public with their relationship in 2019 after years of dating in secret, according to the Hindustan Times. Arora, who rose to fame after her dance to ‘Chaiyya Chaiyya’ in Dil Se (1998), was earlier married to Arbaaz Khan and in 2017, they were officially divorced. They have a 20-year-old son together, named Arhaan Khan.

Ayeza Khan looks like a Barbie in a disney princess dress 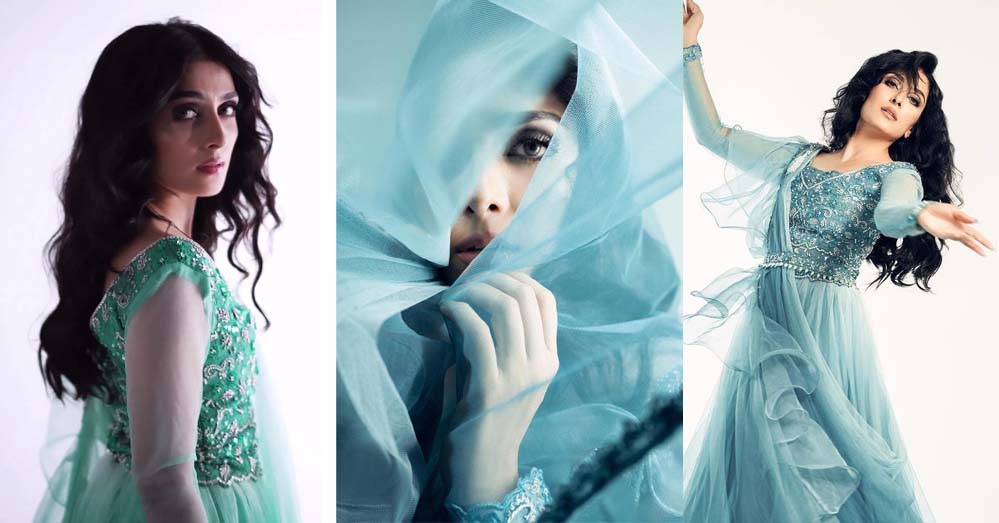 The most prominent beauty, breathtaking personality, charming and bewitching beauteous muse Ayeza Khan is creating magic with her latest photoshoot. These pictures are unbelievably beautiful and Ayeza Khan is looking like a vision of beauty in these snaps. Beauty, elegance, sophistication, and attraction have only one synonym and that is Ayeza Khan.
We always feel so inspired whenever she makes our feeds so beautiful. This multi-talented personality takes her acting to another level and keeps raising the bar high for other actresses. Her acting, dialogue delivery, beauty, and charismatic personality is unbeatable. Ayeza has emerged out to be the leading actress and model in the Pakistani drama and fashion industry. Kudos to that girl who has made her significant place in industry without taking any support of vulgarity. She’s amongst those few actresses who never opt to wear any revealing outfit.
All her fans must have noticed one thing designers who approach her for endorsing their brands always make separate cuts for her age and don’t even wear sleeveless or backless assembles. There’s always Another model with her manifesting another style of that particular assemble.
Here in this latest shoot, she’s taking our breaths away. How someone can look so pretty. Just like with her styling and makeup. Everything is super duper exquisite. We just can’t get enough of her looks. And ninety percent of people commenting on social media said that Ayeza Khan looks like a ‘dream princess’ in this dress.