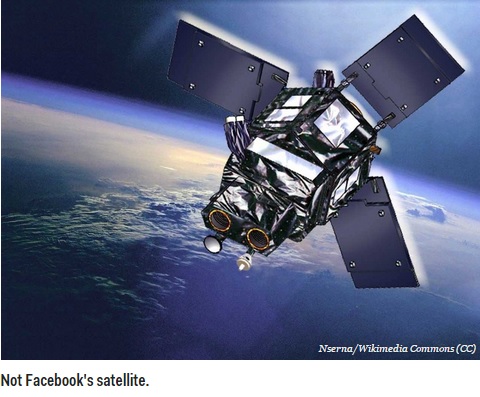 Facebook has scrapped its previously unknown plans to build a satellite, according to a report by Amir Efrati in The Information.

The satellite, had it been built, could have cost an estimated $500 million. The plan was to use it to help provide cheap internet access in the developing world. But this pricetag was apparently prohibitive, and the scheme has since been abandoned — before it was ever even announced.

Facebook has been exploring ways expanding internet access — and along with it, access to its products — in emerging markets. One of the key ways is Internet.org, a Facebook-led initiative involving multiple companies to subsidise data costs in certain countries.

But not all of Facebook's efforts in the area are related to Internet.org. For example, it announced Facebook Lite last week, an ultra-lightweight Android app designed to make the social network easier to access on low bandwidth connections. That had nothing to do withInternet.org.

Similarly, while Mark Zuckerberg had openly discussed using satellites to help with Internet.org, this new, cancelled scheme was apparently unrelated.

The Information's report, based on "a person with direct knowledge of the project and a person briefed about it," says it would have been a geostationary satellite that could have helped provide internet access to dozens of countries. Instead, it may now lease a satellite off another provider, if it does decide to push ahead with its plans.

Facebook's plans to bring internet access to the emerging markets have the potential to positively transform the countries targeted — but there's also a direct financial incentive for the social networking giant. By providing the tools required to access the web, it can ensure it has first access to previously untapped markets of billions of people.