The Problem(s) with Wearables and how to potentially solve them 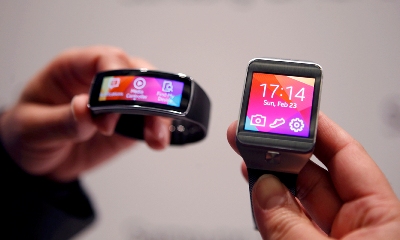 If the rumors are to be believed, and recent product releases are any indication, we stand at the cusp of an explosion in the wearable technology industry.

There are many troubles that plague product launches in terms of manufacturing, functionality, costs, and delivery dates. Even if the launch proceeds without a hitch, nascent ecosystems usually require the might and resources of large titans to scale and grow.

While most small companies pursue profitability via market adoption, the larger companies have the mettle and finances to acquire and operate business units for relevance and influence, often at minimal or as loss-leaders - The category of products that is sold at cost, or even below cost, to incentivize the consumer to buy additional products or services being sold.

For a large company to swoop in and acquire a startup for its wearable technology, not only do future market acceptance indicators need to be present, but the technology has to be aligned to the corporation’s product roadmap.

The Samsung Galaxy Gear watch met with largely negative reviews when it was first launched. It was burdened with some poor design decisions, but moreover, there was no compelling reason for anyone to buy one. To paraphrase someone in the tech industry: “Smart watches are a solution looking for a problem”.

The essence of the problem, as i see it, is this: If the device is only really going to be useful as an extension to a particular mobile phone, it’s going to experience growth slowly unless it can offer some truly differentiated, desirable functionality.

In the event that it does, it needs to be marketed as an standalone product whose functionality doesn’t have external dependencies. Doing that, of course, leads to decisions which impact cost, design and duplication of functionality. Should an iWatch have it’s own antenna, or should it piggyback off the iPhone? What if the iPhone battery drains completely? Should the wearable still be functional?

This reminds me of something i read that one of the architects of a popular development framework said pertaining to Javascript. “It’s functionality should be that of an escalator. Even if the power is out, you can still use it as a staircase.”

This also applies to features within apps. Do i have to make another in-app purchase to play a game on my wearable device? Does a Glass-only app need my phone’s accelerometer to function? Isn’t it infinitely better if i can snap my fingers to “Shazam” a song at a public venue, rather than rummage through my pockets to launch an app and press a button?

The second dimension to the problem is the way ecosystems are constructed. In recent years, they have almost exclusively relied on the contribution of third party developers who can help the ecosystem balloon immediately by growing it in parallel. That won’t happen for a niche product because the financial incentive isn’t there simply because the market volume isn’t there. Blackberry tried providing financial guarantees to developers to lure them to their platform; It didn’t work.

If i’m a developer who’s looking to monetize his knowledge, I’m going to more than likely first turn to the iOS platform to validate my product and test monetization. My second move would be the Android ecosystem to scale and gain market presence which would have a resurgent effect on my already published iOS app. To get developers onboard, you have to either be a dominant market player with an established, lucrative app distribution platform, or a newbie with frictionless development tools and lucrative terms, and possibly a new industry.

The solution lies in the medium. Every medium has its own strengths and weaknesses, irrespective of whether it is stitched in to the fabric of another device or not. Harness its strengths. Most people condemned Google Glass to be dead-on-arrival (doa) Glass is an awesome product with truly spectacular potential in the right hands. Google is just the worst company in the world to launch it, largely because of it’s reputation to monetize by selling personal data.

A successful product should not focus solely on extensibility, but also on independent functionality made capable by the device’s unique specifications.

Gla**holes. That is an actual term people use to refer to individuals wearing Google Glass. They have been asked to leave diners and other places of business simply because of its intrusive nature. This opens up a larger debate of what is acceptable by society and why. After all, i can walk around a city subtly snapping photos of random people with my cellphone. So why is it so unacceptable if i do the same with my glasses?

The problem is compounded by the unfortunate timing of the wave in the industry. Julian Assange and Edward Snowden have made quite a hash of public trust in governments and corporations. Research conducted by the Pew Research Institute illustrates sensitivity to privacy at an all-time high, and has an inversely proportional relation to external trust.

A successful wearable should be designed and positioned as a privacy-conscious product, including its features.

Power is another major issue. Most people have to recharge their phones by the end of the day. Having to monitor and recharge power levels for two separate devices is simply cumbersome and a detractor to user experience. Having interdependence built in will only deplete the power levels quicker since both devices will have to be in an active state. To date, there isn’t a universal solution to the problem of rapid power depletion. To save space, Apple devices don’t allow for batteries to be swapped and the industry is mostly following suit. Starbucks is now introducing Duracell wireless charging mats in all its stores but that is more of an independent value-added service rather than a trend catching on globally.

A successful wearable will harness solar energy, and the same technology used in battery-less timepieces.

I’ll have to refer again to Apple’s products simply because they have been the mainstays of the industry while other offerings come and go around them. The iPhone is the exception to the rule. No other product has been able to motivate customers to upgrade or buy every couple of years. Arguably, it is one of the reasons they haven’t entered the television industry. Looking at their most recent earnings call, it’s abundantly clear that even the immensely popular iPads suffer from the same problem. Customer’s simply will not buy devices every couple of years unless there are major improvements. For a wearable product to appease a titan’s financial appetite, it will either have to offer phenomenal margins, or prove to be addictive like the iPhone. The Apple TV is not a valid parallel because we haven’t seen it’s full potential yet. (I suspect it is a trojan horse which might soon be bolstered with exclusive content by way of additional acquisitions.)

A successful wearable must take cues from the fashion world and emphasize its visible nature.

One reason why multifunctional cellphones took off is obscure input. It is a feature that doesn’t get anywhere near the amount of attention it should. I believe it is also the main reason why Google’s Glass is going to gain traction slowly. (I have alluded to a solution within this post.) Imagine a mall or an airport. Now imagine several hundred humans walking around saying “ok glass…”.

It is here that tactile feedback is really useful. This however leads to a catch-22 of the very worst kind. Given prevalent design trends and material selection in the hardware industry, a wearable device would almost certainly have an element of touch input to make the design more aesthetically pleasing, whereas uglier, tactile buttons would make the functionality substantially better. Think about video games if this sounds confusing. You cannot use touch interfaces without the element of sight. This has a direct impact on the usability though. Two-way interactivity is essential or the device will never really catch on. Not many people want to spend hundreds of dollars on a passive device relaying notifications.

Using my cellphone, I can deposit a cheque, make reservations for dinner, order a movie, confirm my plans and give my thoughts on a collaborative development project without anyone else knowing the details. Rather than aim to emulate this functionality, a successful wearable should eschew all of it and concentrate on what it can achieve by virtue of its own human interface.

It isn’t all just about monitoring health or tracking the number of miles you may run; I believe iBeacon will be a core enabler in Apple’s wearable offering, whenever it surfaces. Yes, an iPhone can do the same, but how comfortable is it to walk around with a phone in front of you, or repeatedly withdraw it from your bag or pocket every time you sense an alert?

A successful wearable should have a non-public human input interface which doesn’t require a person to look at it constantly.

As stated earlier, It might be more tempting to buy an additional device if there is a significant increase in functionality. A catalyst for that could be enhanced, medium-specific features offered by apps I already use with my smartphone today. The point is not to be repetitive, but rather highlight the other side of the coin. As a developer, I will have to put in many more hours for non-existent marginal revenue, since customers will not pay for the same app twice even if it offers more. I’m not a big fan of in-app purchases since i believe this fragments the user experience (see point number one in this post) and creates a susceptibility to migrate to an alternative, of which there are plenty since every new entrant in all the app stores is looking for early traction. The only remaining motivation would be that of staying ahead of the competition. That however, comes with depleting profitability since you have to continually provide more for almost the same per-user revenue.

No one knows how this will pan out just yet. These ramblings are just suggestions to where I personally feel an entry can achieve a good product/market fit. Many will disagree, some might agree. The point is to explore the many directions the industry could take. We can speculate and commentate endlessly, but whether Apple buys Soundcloud and launches a label, or Google leads the charge with wearable technology, or anonymity becomes the next big thing remains to be seen. 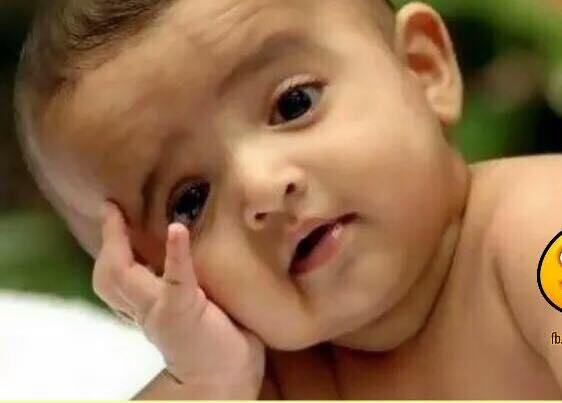