US drone strikes may be tantamount to war crimes: Amnesty 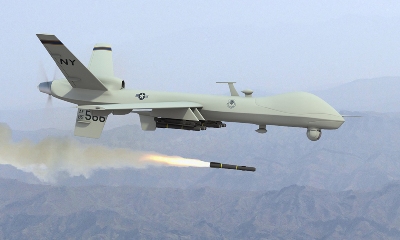 Killing of Pakistanis in US-led drone strikes may amount to war crimes or extrajudicial executions, according to a report to be released by the London based right's group on Tuesday.

Based on restricted and rare access to the region, the report titled "'Will I be next?' US drone strikes in Pakistan" documents nine strikes that occurred in 2012 and 2013 and the deaths resulting from these in Pakistan's northwestern areas, including the killing of Mamana Bibi who was a 68-year-old grandmother, and 14-year-old boy.

Mamana Bibi's grandchildren told the Amnesty International that she was killed by missile fire on Oct 24 2012, as she was collecting vegetables in a family field in the North Waziristan tribal region, a major militancy infected area near the Afghan border.

Three of Bibi's grandchildren were also wounded in the strike, as were several others who were nearby, the victims said.

An even deadlier incident noted by the report occurred in North Waziristan on July 6, 2012.

Witnesses said a volley of missiles hit a tent where a group of men had gathered for an evening meal after work, and then a second struck those who came to help the wounded, one of a number of attacks that have hit rescuers, the rights group said.

Witnesses and relatives said that total of 18 male laborers with no links to militant groups died, according to Amnesty. Pakistani intelligence officials at the time identified the dead as suspected militants.

The US did not respond to request for comment on the strike.

President Barack Obama said during a speech in May that the US does not conduct a drone strike unless there is ''near-certainty that no civilians will be killed or injured.''

But Amnesty said the US is so secretive about the program that there is no way to tell what steps it takes to prevent civilian casualties.

They say it has ''failed to commit to conduct investigations'' into alleged deaths that have already occurred.

The report would be released jointly with another report on US drone strikes in Yemen.

Premier Nawaz Sharif also raised the drone issue at this year's United Nations General Assembly session and sought an end to the attacks.

Moreover, Sharif who is visiting the United States had said prior to his arrival there that he would take up the issue during his meeting on Wednesday with US President Barack Obama.

The issue has been raised on several platforms and the legality of drone strikes has also been previously questioned by the UN human rights chief, Amnesty International, and other organisations.

UN chief Ban-Ki moon, during his visit to Islamabad this year, had also urged for the controversial strikes to be brought within the sphere of international law. These attacks have also been described to undermine world security, according to another UN report.

Moreover the Bureau of Investigative Journalism had launched a report aimed at keeping track of victims of drone attacks.

These groups indicated that the attacks have killed between 2,065 and 3,613 people, the report said. Between 153 and 926 were thought to be civilians.

Amnesty said it is concerned that the attacks outlined in the report and others may have resulted in unlawful killings that constitute extrajudicial executions or war crimes, even though the US insists the strikes are legal.

''We cannot find any justification for these killings. There are genuine threats to the USA and its allies in the region, and drone strikes may be lawful in some circumstances,'' said Mustafa Qadri, Amnesty International's Pakistan researcher. ''But it is hard to believe that a group of laborers, or an elderly woman surrounded by her grandchildren, were endangering anyone at all, let alone posing an imminent threat to the United States.''

The US on the other hand considers its drone program to be a key weapon against insurgent groups that it says stages cross-border forays into neighboring Afghanistan.

Amnesty called on the US to comply with its obligations under international law by investigating the killings documented in the report and providing victims with ''full reparation.''

The US carried out its first drone strike in Pakistan in 2004 and has carried out nearly 350 more since then, the majority of which have been in North Waziristan.

President Barack Obama significantly ramped up attacks when he took office in 2009, and the number peaked the following year with over 100 strikes.

The frequency has steadily dropped since then, partly because of growing tension between Pakistan and the US There have only been around two dozen strikes so far this year.

Pakistani officials regularly denounce the attacks in public as a violation of the country's sovereignty, but senior members of the government and the military are known to have supported the strikes in the past.

''Amnesty International is also extremely concerned about the failure of the Pakistani authorities to protect and enforce the rights of victims of drone strikes,'' said the report. ''Pakistan has a duty to independently and impartially investigate all drone strikes in the country and ensure access to justice and reparation for victims of violations.''

Amnesty said victims they interviewed with no apparent connection to militant groups have either received no compensation or inadequate assistance from the Pakistani government.

The top political official in North Waziristan gave Bibi's family around $100 to cover medical expenses for the children injured in the strike, even though the total cost to the family, including loss of livestock and repairs to their home, was around $9,500, the rights group said.

None of the victims in the attack on the laborers received any compensation, the report added. 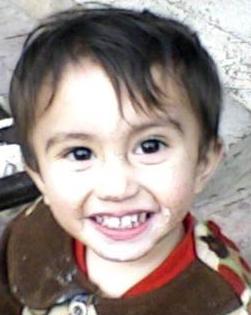