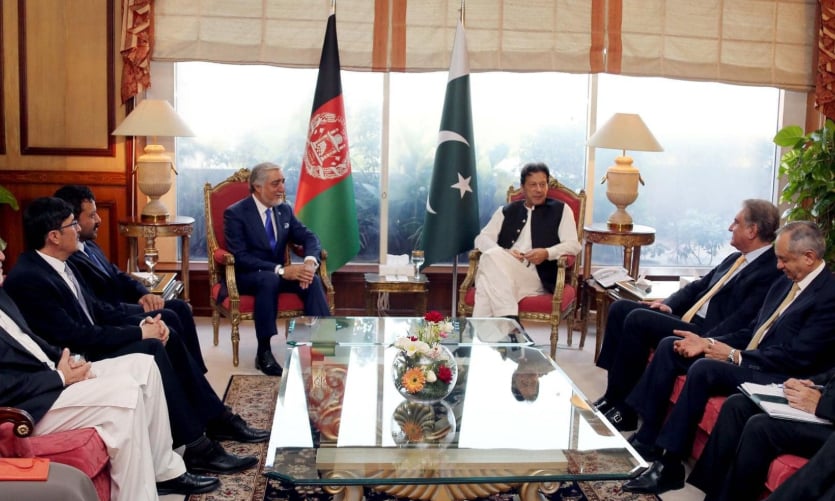 ISLAMABAD: Prime Minister Imran Khan on Wednesday called for impr­oving Pak-Afghan relations by adopting a forward-looking approach rather than remaining stuck in the past.

“Enjoyed meeting Dr Abdullah Abdullah, Chair­man HCNR of Afghanistan. We had a very interesting conversation: theme being the past is an invaluable teacher to learn from but not to live in. We must look forward towards the future. I wish him all the success in his mission,” Mr Khan tweeted just ahead of the top Afghan peace official’s departure from Islamabad after a three-day visit.

Mr Khan and Mr Abdullah met on Tuesday. The visit is believed to have helped improve coordination bet­ween Pakistan and Afghanistan on peace efforts.

Both sides during the Afghan official’s visit expressed their desire to move beyond their acrimonious past and build cooperative relations.

Mr Abdullah, while participating at a round table discussion hosted by Center for Research and Security Studies said: “I am leaving Islamabad with a good sense, a good impression and a lot of friendly messages.”

On the last day of his visit, Dr Abdullah met President Arif Alvi.

“I had a friendly & constructive meeting with HE Dr @ArifAlvi, President of the I. R. of Pakistan. We discussed the #AfghanPeaceProcess & bilateral relations between #AFG&PAK. President @ArifAlvi expressed his full support for the peace efforts & strengthening of relations,” the Afghan peace official tweeted after the meeting.