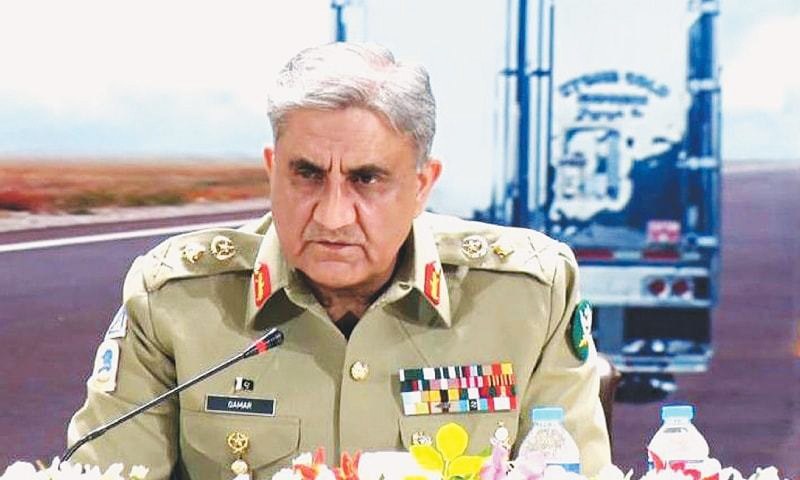 Army Chief Gen Qamar Javed Bajwa on Wednesday expressed solidarity with people of Indian-occupied Kashmir, saying Pakistan will always stand by Kashmiris to counter India's "hegemonic ambitions" the way it has in the past.

"There can never be a compromise on #Kashmir," Gen Bajwa said in his Independence Day message to the nation, according to a tweet by the director general of Inter-Services Public Relations (ISPR).

“Reality of #Kashmir was neither changed by an illegal piece of paper in 1947 nor will any other do it now or in future," he added, rejecting India's withdrawal of special status for occupied Kashmir.

Gen Bajwa said the Pakistan Army is "fully alive to the sanctity of Jammu & Kashmir" and will remain prepared to perform its part in line with its national duty for the cause of Kashmir.

"We shall stand in the face of tyranny, regardless of the cost," the chief of army staff vowed.

Earlier in the day, Prime Minister Imran Khan had conveyed a similar message, saying Indian Prime Minister Narendra Modi had made a "strategic blunder" by downgrading occupied Kashmir’s status through the revocation of Article 370.

He also warned Modi that any action by India in Pakistan would be countered with a stronger response.

"This is my message to you: you take action and every brick will be countered with a stone," the premier told his Indian counterpart while addressing a special session of the Azad Jammu and Kashmir legislative assembly.