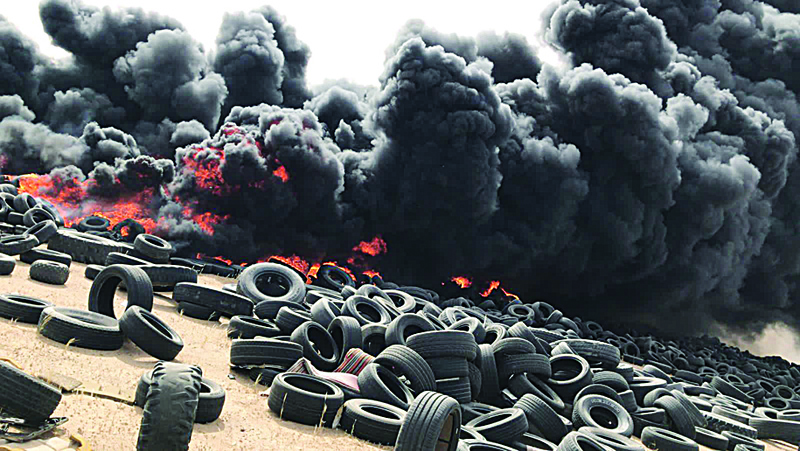 KUWAIT: A fire that occurred in the tire dump in Salmi yesterday was deliberate, Kuwait Fire Force (KFF) announced. Firemen from the Shaqaya, vocational Jahra and backup fire stations had brought the blaze under control after isolating the burning tires, KFF explained. No injuries were reported, it added, noting that Kuwait Municipality bulldozers were used in fighting the fire. “After investigating and collecting information by the firefighters, it turned out to be a work of arson,” KFF said in a statement to the press.

Later yesterday, another fire broke out in a warehouse that belongs to the Abdali Co-op Society, which prompted five fire stations to respond since the flames extended to an area of over 3,000 square meters. Firemen were able to put the fire under control as an investigation went underway to determine the cause of the fire. No injuries were reported in the incident, KFF said.