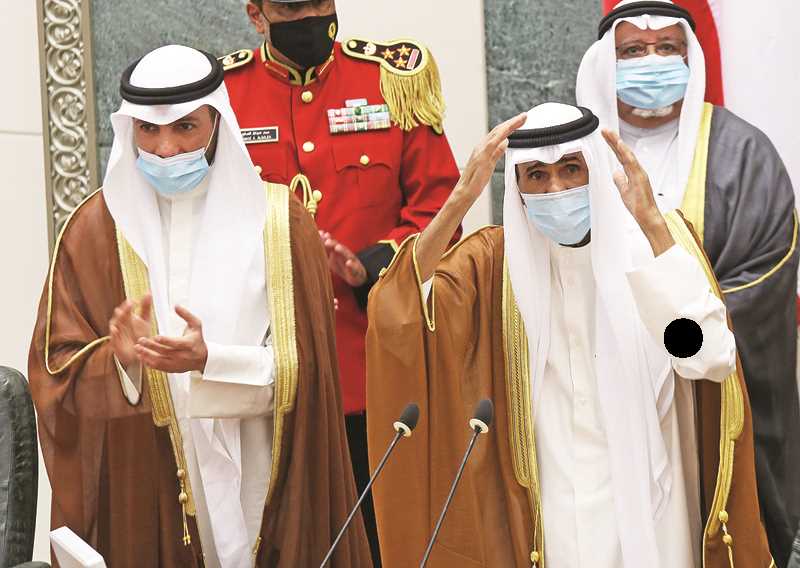 KUWAIT: His Highness the Amir Sheikh Nawaf Al-Ahmad Al-Jaber Al-Sabah took oath before the National Assembly on Wednesday to become the 16th Amir of the state of Kuwait. “I swear by Allah Almighty to respect the Constitution and the laws of the State, to defend the liberties, interests and properties of the people and to safeguard the independence and territorial integrity of the country,” His Highness the Amir, reading Article 60 of the Constitution.

His Highness the Amir Sheikh Nawaf said the Constitution guaranteed “smooth transition” of leadership to ensure “stability and sustainability,” and vowed to carry out his responsibility to his utmost best. His Highness the Amir, in written remarks at the Record of Honor of the National Assembly, said the constitution of the State of Kuwait guaranteed smooth transition of leadership and constitutional-related authorities to avoid “constitutional vacuum” to ensure stability.

He paid tribute to late Amir Sheikh Sabah Al-Ahmad Al-Jaber Al-Sabah for his humanitarian contributions. “The trust bestowed upon me by the Kuwaiti people is a trust I bear in my neck,” he said. He vowed the people to carry out his “responsibilities” to his utmost best and reiterated commitment to the constitution and democracy.

Critical challenges
His Highness the Amir Sheikh Nawaf Al-Ahmad Al-Jaber Al-Sabah said the State of Kuwait was facing “acute circumstances and critical challenges” which required unity. Addressing the parliament after taking oath, His Highness Sheikh Nawaf Al-Ahmad said Kuwait has been exposed to “serious challenges and difficult ordeals which we succeeded in overcoming through collaboration.”

“Today, our nation is facing acute circumstances and critical challenges which can only be overcome and avoid their consequences by being united, as well as with collaboration of faithful efforts for the best interest of Kuwait and its faithful people,” said His Highness the Amir. He reiterated commitment to the constitution and the democratic principles. “We affirm our keenness on our constitution and democratic practice, and we are proud that Kuwait is a state of law and institutions, and we are keen on spirit of one family, a virtue well known in our society in Kuwait …,” he said.

Huge responsibility
His Highness the Amir pledged to the people to live up to his huge responsibility and to “do my utmost to safeguard Kuwait, protect its security and stability, guarantee its dignity and prosperity of its people.” His Highness the Amir, meanwhile, paid tribute to the late Amir. “We have lost an icon who gave a lot to his country, people and his nation. He left a rich history full of achievements and remarkable accomplishments at local, Arab, Islamic and international levels.

We remember his guidance and advice which reflected his love to our beloved Kuwait and its people, and which will be a guidance and a method to us,” said His Highness the Amir. The Amiri Diwan announced the passing of His Highness the late Amir Sheikh Sabah Al-Ahmad on Tuesday, and the Cabinet named His Highness Sheikh Nawaf Al-Ahmad as Amir of the State of Kuwait during an extraordinary meeting.

Ghanem described the late Amir as “skillful skipper of Kuwait and the leader who safeguarded the balance and moderation of the State of Kuwait, promoted its status and weight, unaffected by weathering storms of politics.”He said the passing away of His Highness the Amir shocked the nation and hearts of people, as he was always a source of peace and tranquility, and a defender of interest of Kuwait and its people. The deceased, he added, formulated a wise policy that prevented “our country – small in size but huge with its people – from raging fires around us and thus took us to peace and safety.” Ghanem paid tribute to His Highness the late Amir’s political wisdom and expertise in dealing with the most critical situations.

Ghanem, meanwhile, noted the pain His Highness the Amir Sheikh Nawaf Al-Ahmad was feeling with the demise of his brother. But added that His Highness the Amir, a “blend of decisiveness and humbleness,” was well-placed to lead the nation.”You have inaugurated your era to continue the march of your predecessors … an era in which the Kuwaiti people see justice, freedom and prosperity, an era where law is applied on the big and small, and era where the corrupt cannot enjoy corruption …,” he said. Ghanem wished success for the new Amir and congratulated him on assuming office. – KUNA 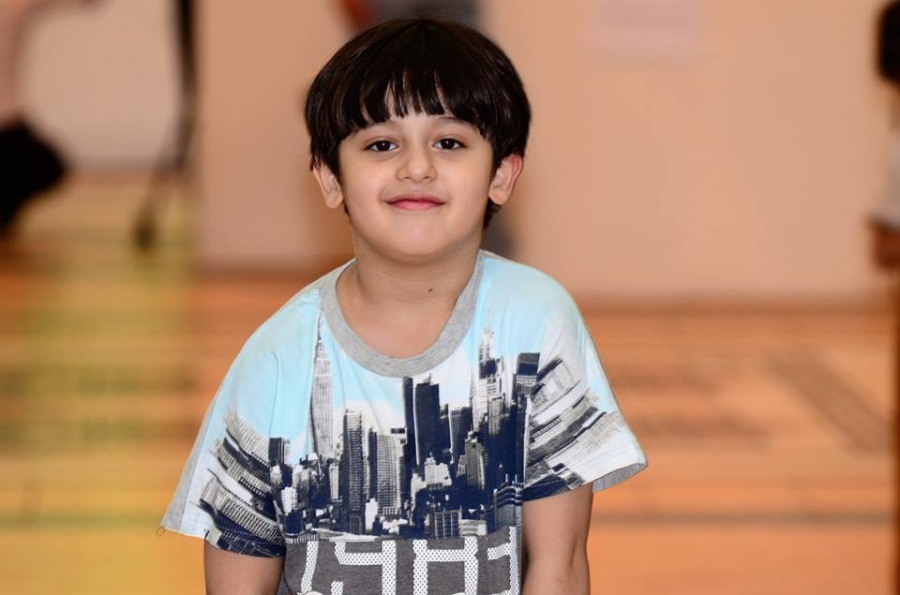