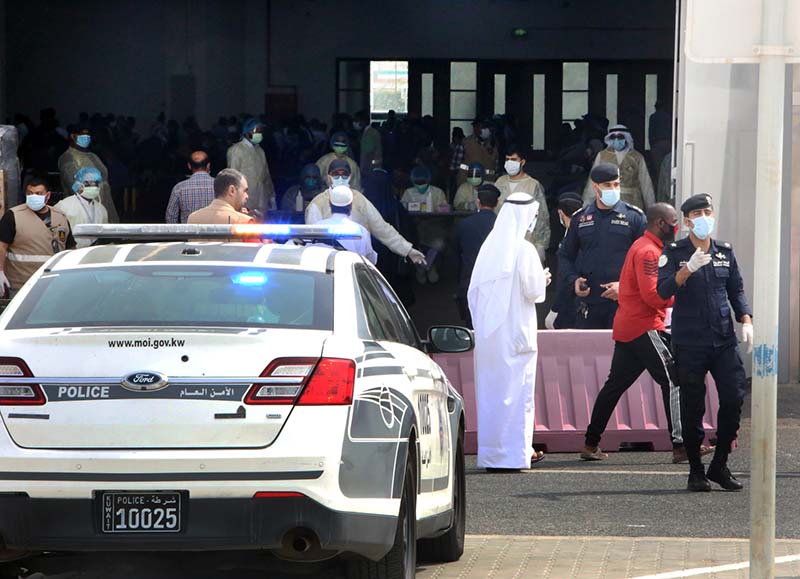 KUWAIT: Kuwait yesterday banned Friday prayers and asked worshippers to pray all five times at home, practically closing mosques, in unprecedented measures as the country fights to prevent the spread of the coronavirus.

Government officials and the Manpower Authority meanwhile denied reports that Kuwait plans to send millions of expatriates to their home countries as part of minimizing risks of the killer disease spreading.

The health ministry reported 20 new coronavirus cases, raising the number to 100. As many as 15 of the new cases are for Kuwaitis who had returned from Iran, two citizens who had returned from Britain and the United States, one for a Spanish national and two Egyptians who came in contact with an Egyptian man found to be infected with the disease several days ago after returning from Azerbaijan via Dubai.

Health Minister Sheikh Basel Al-Sabah said on Twitter that banning Friday prayers came after some people who showed signs of infection after returning 10 days ago from countries that were not listed to be infected like the United States, Spain and Britain.

The ministry is now testing people who had come in contact with them, Sheikh Basel said.

In a televised statement, the minister appealed to the people to remain at home and not to venture out to protect themselves from the disease.

Of the 100 cases tested positive, five were cured and discharged and 95 under observation including four at the intensive care unit, one of them in critical condition. The ministry said as many as 71 people have been discharged from the ministry quarantines after tests showed they were not infected.

The health ministry meanwhile continued to test expatriates who had returned to the country from February 27 onward from a number of countries. Prime Minister Sheikh Sabah Al-Khaled Al-Sabah inspected the testing centers at the International Fair Ground in Meshrif.

Authorities yesterday closed the Friday market and stopped auction at the Fish market from today until further notice.

Kuwait had already declared a public holiday shutting down government offices and many private establishments for two weeks and halted all commercial flights to the country.