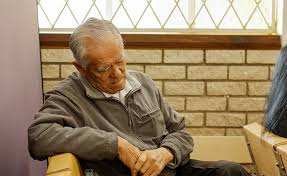 KUWAIT CITY, Oct 8: Insect expert and assistant professor at the Department of Science in the Public Authority for Applied Education and Training (PAAET) Dr Jinan Al-Harbi affirmed that sleeping disease is contagious and may lead to death, pointing out that there are many parasitic diseases and each carries different symptoms, reports Al-Anba daily.

Dr Al-Harbi explained that everything related to Trypanosomiasis parasite, saying it causes the disease of compulsive corruption that devastates society.

She said sleeping sickness is an infectious disease that is difficult to control and could lead to death if left untreated. The disease is caused by a small parasitic organism, which has a long whip it uses in motion to hide inside the human body to destroy the nervous system and damage its cells.

She continued that trypanosomiasis is spread by the tsetse fly of the genus Luwasin, a very dangerous fly that transmits the parasite from the infected body to the healthy human body through its contaminated saliva. In this parasite, the patient feels severe joint pain, muscle weakness and headaches.

He also shows neurological, behavioral and psychological symptoms due to mass inflammation of the brain, which makes him unable to concentrate and develop psychosis with convulsions and difficulties in speech and movement.

In advanced cases of the disease, it damages vital organs of the injured with loss of strength, loss of balance, then they enter into a deep sleep and coma that often end in death.

He reiterated that parasitism in parasitology is defined as a way of life pursued by the parasite, which suffers from deficiency complex and finds its need available to others, exploiting and sharing the host to reach a target or depriving the host of its needs. There are many parasitic diseases that are common but each carries a special character and different symptoms