MOI gets tough on serious traffic violations; Expats to be immediately deported in 4 cases 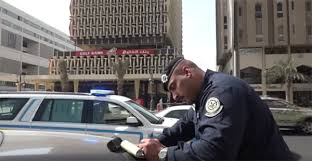 The daily quoting senior Interior Ministry officials said the ministry will strictly apply the points system on Kuwaitis and expatriates without discrimination and those who exceed the maximum number of points will be put behind bars and in some cases the expatriates will be deported from the country.

The security sources told the daily the Assistant Undersecretary for Traffic and Operations Affairs at the Ministry of Interior, Major-General Jamal Al-Sayegh has issued a circular to the Traffic Violations Department on the need to activate the system of points, especially when an accident leads to loss of life or property or obstruct traffic.

The circular has called for immediate deportation of expatriates in 4 cases — driving under the influence of alcohol, without a license, exceeding the number of points related to crossing the red traffic light or speeding.

Earlier the Ministry of Interior had given a summary which was taken from the Official Gazette.

The points will be automatically deleted under the following 2 conditions

— if the driving licence is not withdrawn and non-repetition of any other violation within one year of the last violation. Point System in traffic Violations

This is in addition to driving a vehicle whose metal plate was delivered by the Traffic Dept. but its numbers were changed partly or wholly; or whose metal plate was not delivered by the Traffic Dept. and the original numbers were either written or changed, three points; giving false information in order to obtain unlawfully some documents like vehicle license, driving license, learning licence, three points; using the private car to transport passenger, 3 points, hindering or obstructing the traffic flow on purpose, 2 points, driving a vehicle with faulty brakes, 2 points; if the vehicle owner permits his car to be driven by a driver who has no appropriate license or no license at all, two points.

The following violations carry a penalty of one point each — using lamps, magnifying sound or warning instrument not allowed by the law, causing damage to traffic signs, light signs, control equipment; or changing their features, places, directions, or covering it by stickers, if the driver doesn’t drive according to road lines or traffic signs, driving over roads abutment, turning around or entering in the opposite direction of the traffic, driving a vehicle without a valid insurance policy and replacement of a major part of the vehicle.