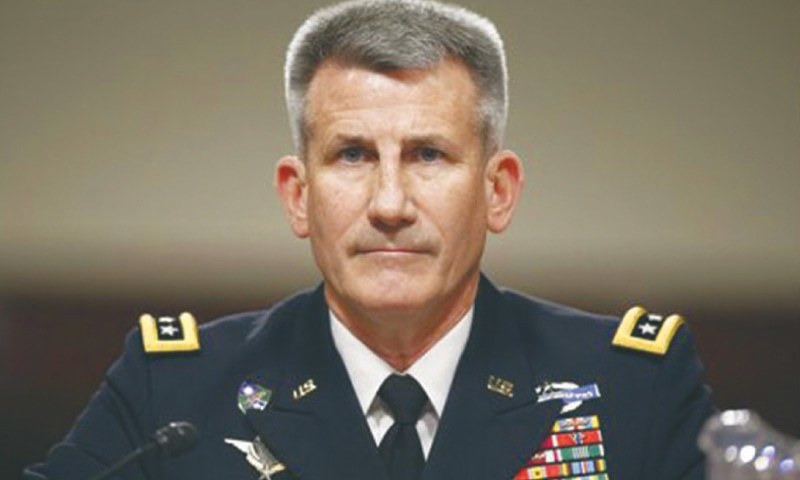 WASHINGTON: The top US general in Afghanistan said on Tuesday that he had not seen a change in Pakistan’s support for militants so far, despite President Donald Trump taking a tougher line against Islamabad.

US officials have long been frustrated by what they see as Pakistan’s reluctance to act against groups such as the Afghan Taliban and the Haqqani network that they believe exploit safe haven on Pakistani soil to launch attacks on neighbouring Afghanistan.

In August, Trump outli­ned a new strategy for the war in Afghanistan, chastising Pakistan over its alleged support for Afghan militants.

US official expressed hope that relations between the two countries could improve after a kidnapped US-Cana­dian couple and their three children were freed in Pakistan in October, after the couple was abducted in neighbouring Afghanistan.

“We have been very direct and very clear with the Pakistanis... we have not seen those changes implemented yet,” Gen John Nicholson told reporters.

“We are hoping to see those changes, we are hoping to work together with the Pakistanis going forward to eliminate terrorists who are crossing” the border, Nicholson said.

He added that he believed that senior Taliban leaders were based in Pakistan, while the lower level leadership was in Afghanistan. Pakistan says it has done a great deal to help the US in tracking down terrorists. 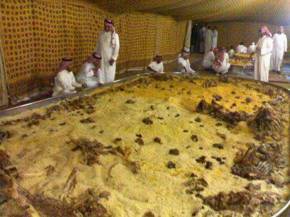 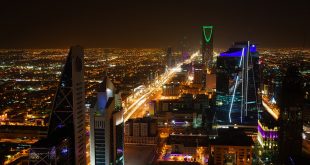 DUBAI: Saudi Arabia aims to start issuing tourist visas to foreigners next year, a senior Saudi official told CNN, as the government seeks to open up the conservative kingdom and find new sources of revenue to diversify its economy. At present, foreigners travelling to Saudi Arabia are largely restricted to resident workers and their dependents, business travellers, and Muslim pilgrims who are given special visas to travel to holy sites. (RTRS) 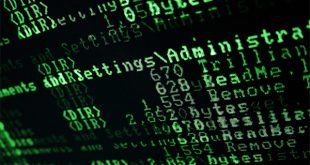 RIYADH, Nov 21, (AFP): Saudi authorities said Monday they had detected an “advanced” cyber attack targeting the kingdom, in a fresh attempt by hackers to disrupt government computers. The government’s National Cyber Security Centre said the attack involved the use of “Powershell” malware, but it did not comment on the source of the attack or which government bodies were targeted. “The NCSC has detected a new Advanced Persistent Threat (APT) that is targeting Saudi Arabia,” the agency said in a statement, adding the attack sought to infiltrate computers using email phishing techniques. Saudi Arabia has come under frequent cyber attacks, including “Shamoon”, the aggressive disc-wiping malware employed in attacks against the Saudi energy sector in 2012.

Saudi Aramco, the world’s biggest oil company, was among the firms hit by Shamoon, in what is believed to be the country’s worst cyber attack yet. US intelligence officials at the time said they suspected a link to the kingdom’s regional rival Iran. 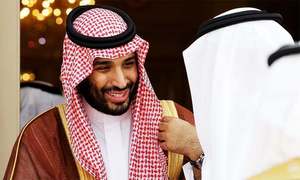 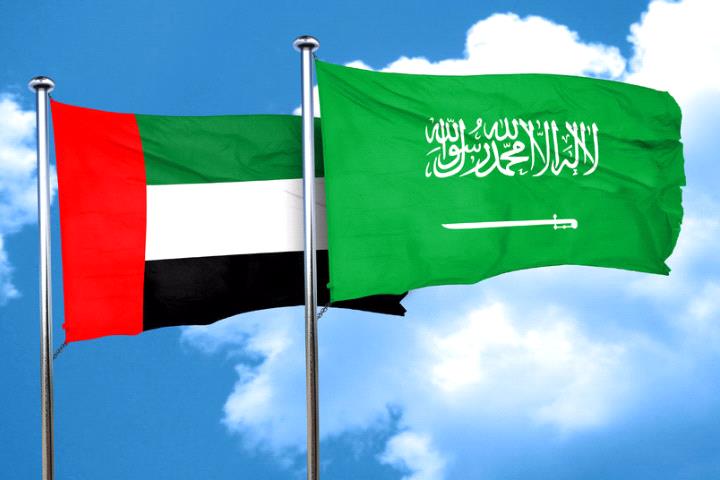 ABU DHABI/DUBAI, Nov 9, (RTRS): Saudi authorities have questioned 208 people in an anti- corruption investigation and estimate at least $100 billion has been stolen through graft, a top official said on Thursday as the inquiry expanded beyond the kingdom’s borders. “Based on our investigations over the past three years, we estimate that at least $100 billion has been misused through systematic corruption and embezzlement over several decades,” Attorney-General Sheikh Saud al-Mojeb said in a statement. Of the 208 people called in for questioning so far, seven have been released without charge, Sheikh Saud said, without naming them.

Dozens of princes, senior officials and prominent businessmen, including cabinet ministers and billionaires, have been detained in the inquiry, which was announced last weekend and appears at least partly aimed at strengthening the power of Crown Prince Mohammed bin Salman.

The investigation has spread to the neighbouring United Arab Emirates, as the UAE central bank has asked commercial banks and finance companies there to provide details of the accounts of 19 Saudis commercial bankers told Reuters on Thursday.

Almost all of the 19, including billionaire Prince Alwaleed bin Talal and former National Guard chief Prince Miteb bin Abdullah, are known to have been detained. The commercial bankers said UAE authorities had not explained why they wanted the information, but the bankers believe the authorities were acting at the behest of the Saudi government, which has said it aims to recover illicit funds.

UAE central bank officials were not available to comment, while Saudi officials, who have frozen over 1,700 domestic bank accounts as part of the crackdown, did not respond to requests for comment. The UAE, particularly Dubai, is one of the main places where wealthy Saudis park their money abroad. In addition to bank accounts, they buy luxury apartments and villas in Dubai and invest in the emirate’s volatile stock market. Some wealthy Saudi individuals have been liquidating assets within Saudi Arabia, the UAE and other Gulf countries this week, apparently in an effort to move money out of the region and escape the crackdown, private bankers and fund managers said.

In Riyadh, rich individual investors have been selling equities heavily, although buying by state-linked funds has helped to support the market. In Dubai, shares in real estate developers have sunk as investors worry about the impact on the property market of a pull-out by Saudis.

The UAE commercial bankers said they had not been asked to freeze the Saudi accounts at their institutions, but they believed the central bank’s request for information might be a prelude to such action.

The risk of the accounts being frozen “jeopardises Dubai’s pitch as a private banking centre”, said a Gulfbased banker, adding: “Banks in the UAE are full of Saudi money.” One senior banker at an international bank with business in Saudi Arabia said his institution had already frozen some accounts, both inside the kingdom and outside it, in response to Saudi government requests.

The bank is conducting its own investigations into accounts linked to people who have been detained, the banker said without elaborating. Another banker in the region said his institution was receiving more enquiries from Saudi clients about crossborder financial transactions, but it was handling the enquiries with extreme caution as there could be further action by regulators. Saudi and foreign businessmen worry that the crackdown could hurt the economy if the freezing of bank accounts delays payments and companies become more cautious about investing.

On Thursday, Mojeb repeated statements by other top officials that normal commercial activity had not been affected and that only personal bank accounts had been frozen, not corporate accounts. “Companies and banks are free to continue with transactions as usual.” The risk of fund outflows from the region has helped to push the currencies of Gulf Arab countries down slightly against the US dollar in the forward market this week.

The Saudi riyal dropped in the one year forward market on Thursday to imply riyal depreciation of 0.8 percent against the dollar in the next 12 months, compared to 0.3 percent before the crackdown. However, it remains much stronger than it was last year, when the forward market implied depreciation of about 2.7 percent because of worries about Saudi Arabia’s ability to cope with an era of low oil prices. 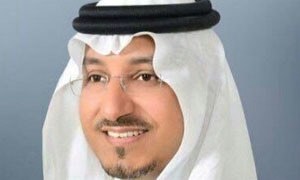 A helicopter carrying a high-ranking Saudi prince and other government officials crashed on Sunday in the kingdom's south near the border with Yemen, reportedly killing all eight people aboard.

The Saudi Interior Ministry said early on Monday that the crash happened in Saudi Arabia's Asir province as the official took part in a tour of local projects near Abha, some 840 kilometres southwest of Riyadh.

Security officials gave no cause for the crash, but said a search of the wreckage was underway.

The Saudi-owned satellite news channel Al-Arabiya, based in Dubai, reported that the crash killed Prince Mansour bin Murquin and seven others. Prince Mansour was the deputy governor of Asir province.

In Yemen, Houthi officials offered no immediate comment on the crash, while its Al-Masirah satellite news channel reported only that the crash had occurred.

However, the crash comes after soon Saudi Arabia intercepted and destroyed a ballistic missile near Riyadh's international airport after it was fired from Yemen, in an escalation of the kingdom's war against Huthi rebels.

The missile attack was the first aimed by the rebels at the heart of the Saudi capital, underscoring the growing threat posed by the raging conflict in Yemen.

The attack highlighted how the war in Yemen is increasingly spilling across the border since a Saudi-led coalition began its military intervention there in 2015.

Saudi Arabia led the intervention to prop up the government of President Abedrabbo Mansour Hadi after the Huthis forced him into exile.

Hoping for a quick victory against what it saw as Iranian expansionism in its backyard, Riyadh has so far been unable to remove the Huthis from Yemeni capital Sanaa.

Prince Mansour was the son of Prince Muqrin bin Abdulaziz, a former intelligence service director and a one-time crown prince of the kingdom.

Prince Muqrin was removed as crown prince in April 2015 by his half brother King Salman in favour of Prince Mohammed bin Nayef, a counterterrorism czar and interior minister.

But in June, King Salman also ousted Prince Mohammed in favour of installing his 32-year-old son, the now-Crown Prince Mohammed bin Salman, as first in line to the throne.

All of these moves have cemented the young crown prince's position in power.

Further solidifying his hold was the arrests late Saturday of dozens of the country's most powerful princes, military officers, influential businessmen and government ministers in a purported anti-corruption campaign. 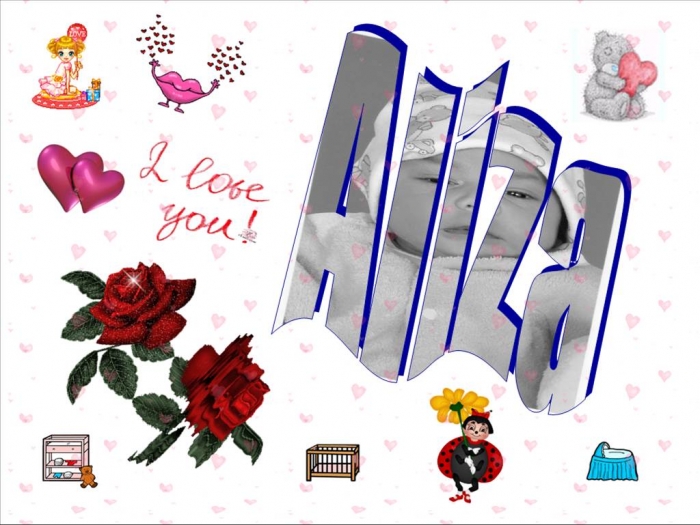