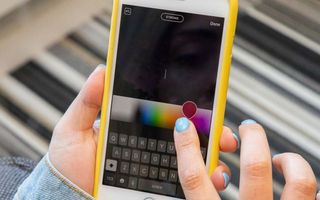 Outages are being reported across the U.S.

The world’s not ending, but this is pretty close.

"We're working to get things back to normal as soon as possible," a spokesman for Facebook told BBC News.

"We're currently having some issues with DM delivery and notifications. We're working on a fix and will follow up as soon as we have an update for you. Apologies for the inconvenience," Twitter (TWTR) said in a tweet.

When we checked Down Detector, it showed all websites experienced a large spike in outage reports, peaking around 11 a.m. EDT. Facebook maxed out at over 7,500 reports, while Instagram users reported over 14,000 problems with the photo-sharing app.

It's unclear what's causing this social media meltdown. Facebook confirmed it's not the result of a cyber attack.

We will continue to update this story as more information becomes available.